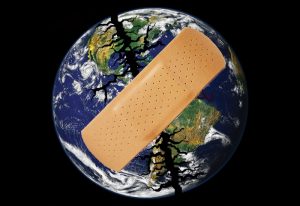 The word “toldos” introducing the “account” of Noach is spelled in a subtly different way than its first appearance in parshas Beraishis, where “eleh toldos hashamayim vi’ha’aretz” (Beraishis 2:4) concludes the account of the creation of the world. There, in its first usage, it is written malei, “full,” with two vavs, one after the tav and one after the daled.

Gershon Zev (William) Braude was a respected Jewish studies scholar who befriended me, a much younger man, when my family and I lived in Providence, Rhode Island, from, roughly, the mid-1980s through the mid-1990s.

He once asserted that there are 13 places in Tanach where the word toldos is used. Only in two of those places, he averred, is the word written malei: The first usage, in parshas Beraishis, and at the very end of sefer Rus (4:18), where the genealogy leading to the birth of David, the progenitor of mashiach, is recounted.

Thus, Gershon Zev Braude suggested, “wholeness,” or perfection of human history, existed at the creation of the world and will emerge again with the arrival of mashiach.

In the interim, though, as we all vividly sense, the world remains unfulfilled, imperfect, un-whole.

My most recent Ami Magazine column, “Biases. Biases Everywhere,” can be read here.