We Pray for the President, Whether We Like Him or Not 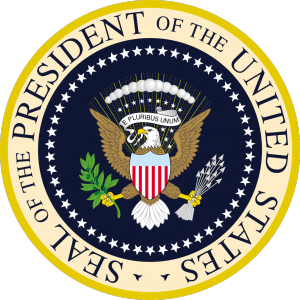 Four years ago, when Donald Trump took office, Rabbi Shmuly Yanklowitz (in)famously declared to the public his refusal to recite the Prayer for the Welfare of the Government (Tefillah Li’Shlom Ha-Medinah), which is read aloud on Shabbos morning in many congregations. Yanklowitz instead composed a new version of this tefillah, to be used by him during the Trump presidency:

Guide the incoming leader of this country away from his basest instincts, thwart his plans to target certain groups and strengthen white supremacy… We pray that the decrees from the Executive office do not harm the innocent. We pray that any policies that are meant to harm the vulnerable in prioritization of the powerful and privileged will be quashed. Should there be plans that will merely benefit the most privileged Americans, but not all of humankind and the planet we call home, may they fail. May our nation not consort or conspire with totalitarian despots… May agents of hate who stray from Your holy vision of love and justice, found within and outside our country, be averted…

This incident evoked tremendous backlash, demonstrating that Yanklowitz’ actions did not represent the views of many others.

Last week, Yanklowitz announced to the public that he will now again recite the Prayer for the Welfare of the Government, since Donald Trump has left office and Joe Biden was sworn in. The story about Yanklowitz’ decision to resume recitation of this tefillah was made into an article that was plastered all over the secular Jewish media, and Yanklowitz thereupon proceeded to post this article about himself on social media.

America is the land of free speech, and Yanklowitz is at liberty to express his political beliefs, but his conduct in this matter is way off-base and very wrong. Let’s take a look.

The contemporary custom of reciting the Prayer for the Welfare of the Government can be traced to the 14th-century Sefer Avudraham, which states that after the Torah is read, the custom is to beseech Hashem for the success of the locality’s or nation’s monarch, as when he is successful, the land is at peace and the Jewish People is at peace. Sefer Avudraham cites Pirkei Avos (“Ethics of the Fathers” – 3:2): Rabbi Chanina S’gan Ha-Kohanim said, “Pray for the welfare of the government, for if not for fear of it, each man would swallow up his fellow alive.” Sefer Kol Bo likewise codified this custom, and the Meiri ruled that praying for the welfare of the government is a requirement, citing the above statement of Rabbi Chanina.

As Sefer Avudraham explains, the virtue of praying for the welfare of government can be traced to biblical times: “And seek the welfare of the city to which I have exiled you, and pray for it unto Hashem, for when it is at peace, there will be peace to you.” (Yirmiyahu 29:7)

The focus of the current text of the Prayer for the Welfare of the Government is that the nation’s leader should be protected and blessed with success (as when the nation is at peace, the Jewish community is at peace), that he should act with mercy and compassion toward the Jewish People, and that Hashem should influence the leader and his advisors to conduct themselves favorably toward us. The tefillah is not an endorsement of the character or actions of the nation’s leader; on the contrary, out of concern that political leadership is prone to do things that might not be in our best interests was this prayer composed, to pray that political leadership in fact act toward us with kindness and mercy. The prayer recognizes that Hashem is the One who controls all that transpires and that He directs the hearts of each nation’s leaders.

For someone to declare his refusal to recite the Prayer for the Welfare of the Government due to rejection of the president’s personal character or political aspirations is stunning, as it demonstrates that this person does not know what the tefillah means. Rather than publicly boast about a refusal to recite the tefillah, such a person should realize that he has misunderstood the text and should instead undertake to properly comprehend it. One who appreciates the proper significance of the Prayer for the Welfare of the Government will answer Amen to its recitation whether the president is Obama, Trump or Biden. (And yes, that is what I did and continue to do.)

There is another, more pressing issue, though. Halacha acutely recognizes that certain well-intentioned actions and statements might arouse enmity (“eivah“) – hard-core anti-Semitism. In some specific situations, extremely weighty halachic regulations are in fact suspended “mi’shum eivah“, out of fear that strong and potentially dangerous anti-Semitic sentiments and actions will result from otherwise proper conduct. When an individual who identifies himself all over the social media universe as a rabbi in effect wishes the president ill and caustically vilifies him in the eyes of the entire world, the concern for eivah is very real. It is thus not surprising that a Neo-Nazi social media page took note of Yanklowitz’ original post four years ago and used it to bolster its false and hateful claims that Jews are guilty of sedition.

One has every right to disagree with the President, but extreme care must be taken as to how that disagreement is expressed.