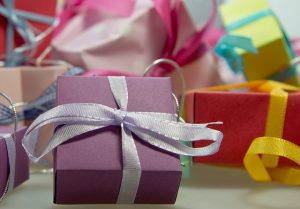 Rashi’s comment on the words “it will be good for me” – “so that they [the Egyptians] will give me gifts” – puzzled me, as they surely have many, for years.  Avram, who later in the parshah (14:23) spurned even a shoelace from the king of Sdom, is concerned with gifts?

An intriguing possible understanding of Rashi’s words occurred to me. Shlomo HaMelech, in Mishlei (15:27) teaches us that “the one who hates gifts will live.”

It may be that the greatest expression of that attitude isn’t only “in theory,” in hating the idea of gifts, but in actual practice – namely, that it’s the attitude toward an actual proffered gift that helps ensure life.

And so, perhaps Avram wanted gifts to be offered to him, so that he could “hate” the fact that he received them… with the result being that, as he continues, “I will remain alive…” – echoing Shlomo HaMelech’s words.

Postscript: Interestingly, the concept of shunning gifts as bolstering life is reflected in a snippet from a 1960s folk song:

“Some people never get, some never give;

“Some people never die and some never live.”