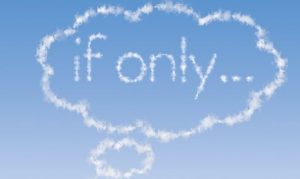 It’s human nature, when faced with something tragic, or even just disturbing, to say to oneself, “If only…”

But human nature can be misleading. A thought I once heard from someone who couldn’t remember its source suggests that the repetition of the phrase, “the years of Sarah’s life,” in the first pasuk of the parsha, even though the pasuk opened with “And the lifetime of Sarah was 127 years,” teaches us to resist our proclivity to imagine that things could have been different had we only acted differently.

To be sure, there are rightful regrets that we may have. Someone grown obese and unhealthy after overeating junk food for years has good reason to say, “if only.”

But more often than not, post-facto calculi are wrongheaded.  We might think that had Sarah not been told (as per a famous Midrash) about her son having been bound on an altar, she wouldn’t have died at the moment she did, having been spared the shock.

Someone who comes down with Covid-19 might kick himself for having worn only a simple mask, not an expensive, surgical-quality one.  Or for having spaced himself only 6 feet from others, instead of 10.  We are required to do what is normative practice to prevent sickness — but only that.  And if one had done that and still became sick, he is wrong to agonize over not having done more. He needs to recognize Hashem’s will and now do what is normative practice to, with Hashem’s help, recover.