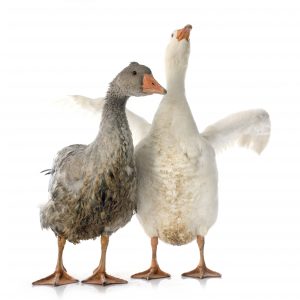 Hoisted by its own petard, The New York Times cried foul. Please forgive the clichés, but they’re really most apt.

Let’s start with the paper of record’s wail of indignation. It came last week in the form of a lengthy front-page article reporting that “A loose network of conservative operatives allied with the White House is pursuing what they say will be an aggressive operation to discredit news organizations deemed hostile to President Trump by publicizing damaging information about journalists.”

The “operation,” the paper continues, is “the latest step in a long-running effort by President Trump and his allies to undercut the influence of legitimate news reporting.”

I have no dog in the president-media fight (okay, okay, I’ll curb the clichés). But the Old Gray Lady’s umbrage over revelations that some of her valued servants harbor some skeletons in their closets (really, I’m trying) is a bit amusing. After all, the Times has made a major industry of discrediting people hired by Mr. Trump, most recently, newly appointed White House press secretary and communications director Stephanie Grisham, who, The Times dutifully reported, has “professional scrapes [and] ethical blunders” in her history.

Now, though, the revered medium sees something disgraceful in the unearthing of some bones in its own, and other major media’s, possession, in the form of social media posts by members of their staffs.

Like the Times’ own now-former politics desk editor, Tom Wright-Piersanti, whose years-old anti-Semitic and racist tweets, when recently revealed by right-wing website Breitbart News, resulted in his reported demotion.

Or the paper’s likewise demoted erstwhile deputy Washington editor Jonathan Weisman, who was punished for posting messages on social media about race and politics that showed what the paper called “serious lapses in judgment.”

Undemoted, though – in fact, invited to join the Times’ editorial board – is Sarah Jeong, who had tweeted, among other things, “oh man it’s kind of sick how much joy i get out of being cruel to old white men.” The paper defended its hire with the explanation that the tech editor’s “journalism and the fact that she is a young Asian woman have made her a subject of frequent online harassment. For a period of time she responded to that harassment by imitating the rhetoric of her harassers.”

Then there was CNN’s Mohammed Elshamy, who was forced to resign in July from his position as the news organization’s photo editor and writer when GOP operative Arthur Schwartz discovered and disclosed that Mr. Elshamy had praised the murder of “More than four jewish pigs [sic – and sick, too],” in a 2011 terrorist attack in Yerushalayim.

Both the CNN and NYT erstwhile bad boys apologized profusely, and two of them attributed their undignified behavior to the vagaries of their youths. (Mr. Wright-Piersanti was in college at the time of his terrible tweets; Mr. Elshami, in his teens). But, of course, the ultimate issue is whether such people should be trusted to be objective reporters. The child, after all, as the poet William Wordsworth put it, “is father of the man.” Is there reason to assume that youthful hatreds or biases simply disappeared over a few years?

Nonetheless, Times publisher A. G. Sulzberger rose up in righteous defensiveness, ironically presenting a mirror image of Mr. Trump’s recent turgid tweet that journalism is “nothing more than an evil propaganda machine for the Democrat Party.” Mr. Sulzberger, for his part, decried the exposure of reporters’ biases as a campaign “to intimidate journalists from doing their job, which includes serving as a check on power and exposing wrongdoing when it occurs.”

Curiously, there seems to be no comprehension in that declaration of the difference between being intimidated and being responsible; nor any hint that the power of media may need – no, surely needs – checks too.

With similar umbrage, a CNN spokesman characterized the disclosure of ugliness in its reporters’ pasts as “a means of suppression” and “a clear abandonment of democracy.”

Applesauce. It’s a means of transparency, and an expression of democracy. It makes the Fourth Estate answerable, as it should be, to the citizenry.

The president and those in his orbit should not be immune to criticism, and their foibles should not be out of bounds for journalistic inspection and revelation. But the very same is true for reporters and editors. If Americans are to be properly served by their public servants – and it should never be forgotten that such servitude is the essential charge of elected office – and by the organizations that mediate between happenings and citizens, transparency is paramount.

Both government and media, in other words, need to do their due diligence when recruiting employees.

After all, what’s good for the goose is – oh, sorry.