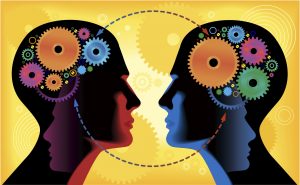 While I do not live in Beit Shemesh, I am privileged to have over one hundred twenty alumni families who have studied with us at Shapell’s and Midreshet Rachel over the past four decades. Both before and after the elections, we heard from countless students seeking clarifications, direction and just some perspective on what they were seeing. Reading the diverse presentations on Cross-Currents, as well as the comments, provided a clear picture of the tensions, conflicts and real confusion that exists.

David Kasten set the tone correctly with this important sentence:

Over the past 10 years I’ve met and conversed with thousands of residents of the city, the vast majority of them English speaking. I am proud to say that the common denominator of almost all of them is their living in, or moving to Eretz Yisroel, in order to grow spiritually.

But in the rest of his post, as well as in the follow up reformulations elaborating on his position, the crux of the problem is revealed, demonstrating confusion about the complex elements taught in our Torah sources that are necessary for a person to grow spiritually.

I am not here to comment on the specifics of qualities of any of the candidates, the politicians supporting them, or the political intrigues. But I do want to examine what our sources teach us about a number of matters that need to be kept in mind by everyone involved. There are lessons that teach us what to expect from the people who are responsible for public welfare – both spiritual and physical. Lessons about priorities in the public sphere that affect our quest for spiritual growth. And most importantly, lessons on proper interpersonal behaviors.

First to process of choosing leaders. The Gemara in Brachos teaches us אמר רבי יצחק אין מעמידין פרנס על הצבור אלא אם כן נמלכים בצבור .[1] A leader of the community is only to be appointed after consultation with the community. One of the frustrations among many in the charedi world is the lack of this consultation. When decisions on who to support for these leadership roles are also built on back room (and sometimes very public) deal making, it undermines the argument that the interests of the people most affected by these decisions is what governs the process. The argument “by instructions of the Gedolim” doesn’t let the public know what information was presented to them leading to their instructions. The verifiable examples of people extracting pronouncements from leading Rabbinical figures with misleading information are too numerous to be ignored.

Rabbi Nachman Bulman, zt’l, one of my Rebbeim and mentors, as he was to so many “chutznikim,” taught us the legitimacy of demanding ילמדנו רבינו, that a Rabbi explain the reasoning behind a Halachic or policy decision. Learning Torah requires that we understand the Torah. Relying on “by instructions of gedolim” with no requirement that the reasoning be presented, creates a culture of authority rather understanding. This approach has become fashionable in the non-Chasidik charedi world only in the last few decades, and undermines the process that brought many ba’alei tshuva to the conclusion of the compelling truths of Torah. The failure to present consistent, compelling and factual reasons for a decision being issued undermines the credibility of these rulings in the eyes of many people.

As David Kasten correctly pointed out, no one moved to Israel because the streets were cleaner here than in Woodmere or Los Angeles. But the denigration of this as an important factor in our daily lives ignores our sources.

The Gemara in Kesubos, in describing the love the Amoraim had for Eretz Yisrael includes the following two lessons: ר’ חנינא מתקן מתקליה ר’ אמי ורבי אסי קיימי משמשא לטולא ומטולא לשמשא .[2] Rebbi Chanina would fix the imperfections in the roads that might cause people to trip, in order, says Rashi, that there shouldn’t be something negative said about the roads of Eretz Yisrael. Rebbe Ami and Rebbi Assi used to move from being in the hot sun to the cool shade in the summer, and from the shade to sun in the winter, to ensure they would have no complaints about the physical comforts of Eretz Yisrael.

Additionally, the Gemara in Berachos teaches שלשה מרחיבין דעתו של אדם אלו הן דירה נאה ואשה נאה וכלים נא.[3] Three things expand the disposition of a person: A beautiful house, a beautiful wife and beautiful furnishings. The physical environment in which one lives impacts our spiritual dimension. The Rambam in his introduction to Pirkei Avos discusses this as a valuable mechanism for a person to have balance in his quest for intellectual and spiritual growth. Yes, Rav Leib Shteinman zt”l lived in the most simple of conditions. That was his greatness and uniqueness. As the Rambam points out, those who inappropriately try to imitate that kind of behavior end up damaging themselves.

If the infrastructure of a city is in disrepair, it is detrimental to the general well being of the population. If it happens in Eretz Yisrael, it is all the more problematic. While David Kasten seems to present the desire for “spick and span streets” as being disconnected from “ruchnius and ability to connect to Hashem more easily” and calls it illogical to take that element into consideration in choosing a mayor to run the city, our sources seem to present a different perspective.

The Midrash teaches us: “Derech Eretz (proper human behavior in the functioning of society) preceded the giving of the Torah by twenty six generations.”[4] The world could not exist for even one generation without derech eretz, proper civil interactions between people, proper functioning of a community on a social and physical level. Leadership that fosters derech eretz is one that should be pursued. Leadership that undermines it, whether by action or inaction, is contrary to authentic Torah values.

The Rambam teaches the imperative of exemplary character traits in every person, certainly in our leadership and our culture. In the laws of tshuva he writes אל תאמר שאין תשובה אלא מעבירות שיש בהן מעשה כגון זנות וגזל וגניבה אלא כשם שצריך אדם לשוב מאלו כך הוא צריך לחפש בדעות רעות שיש לו ולשוב מן הכעס ומן האיבה ומן הקנאה ומן ההתול ומרדיפת הממון והכבוד ומרדיפת המאכלות וכיוצא בהן מן הכל צריך לחזור בתשובה. Don’t say there is only repentance from sins which entail actions, such as sexual transgressions, stealing and thievery. Rather, just as one is required to repent from these, so, too, he must examine his evil character traits, and repent from anger, hatred, jealousy, from levity, from pursuit of money and glory, from gluttony, et al. From all these a person must repent. In fact, these sins are more serious than those which entail action.[5]

In order that this priority not be underestimated, let me quote Rav Chaim Vital (the preeminent student of the Arizal) on this topic. In answering the question why good character traits are not commanded as part of the 613, he presents a Kabbalistic perspective on the Rambam’s halachic ruling:

Without a doubt, the most troubling factor that my students couldn’t grasp was the verbal violence and personal denigration being thrown around at people who weren’t planning on or didn’t vote the “right” way. Telling people they are apikorsim or will burn in gehinom because they are not voting according to the direction of certain Rabbonim is nothing short of verbal terrorism. (This based on first hand reports to me by victims of this behavior) This is not the Torah system to which my students “signed up” nor is it the one described with דרכיה דרכי נעם וכל נתיבותיה שלום, its ways are pleasant, its paths are harmonious.

“Lost direction” is an appropriate description about many of the chutznikim who have moved to Israel. The Beit Shemesh election campaign and the discussions surrounding it make me think there needs to be some serious introspection, both personal and communal, about which direction has been lost.