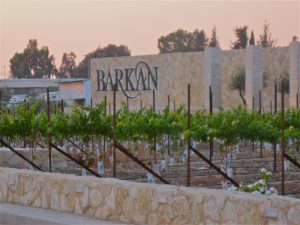 The allegations of racism at Barkan winery have been put to rest, but one question remains: Was there actually a problem with the kashrut of Barkan products?

The answer depends on the reasoning of Badatz Ha-Eidah Ha-Hareidit for requesting that Barkan bar its Ethiopian employees from contact with wine. If these employees had not undergone a conversion, the Badatz would have been addressing a serious kashrut concern at the winery. According to most halakhic authorities, an Ethiopian Jew must convert if wine he or she handles is to remain kosher, since the Ethiopian Beta Israel community is not by nature halakhically Jewish.

Alternatively, it is possible that the employees did convert, but their conversions did not adhere to the Eidah’s specifications. If that was the case, those who are not adherents of the Eidah Ha-Hareidit need not hesitate to drink Barkan wine.

Before I wrote my previous article about Barkan, I attempted to clarify this issue without success. One expert I consulted insisted that the Ethiopians had converted; another was adamant that they had not. I mentioned both possibilities in my article in order to make the point that it is misguided to label the Badatz as racist, regardless of which scenario is correct.

Since the article’s publication, I have continued investigating the matter due to its impact on the consumer of kosher wine. I emphasize from the outset that neither I nor any close relatives are associated with any kashrut organization.

Prior to my inquiries, my hunch was that the workers in question had converted. After all, even pre-Badatz, Barkan still carried no fewer than four kosher supervisions.[1] One would imagine that at least one, if not all, of these agencies would insist on a conversion before treating an Ethiopian as Jewish for all intents and purposes.

But assumptions, of course, cannot substitute for facts. Shortly after the Barkan story broke, I requested clarification by e-mail from the OK, Barkan’s main American certifier. They did not respond, so I tried contacting them by telephone. With some difficulty, I eventually reached a rabbinic coordinator at the OK’s Brooklyn office.

Instead of answering my questions, he repeatedly insisted that the OK stands by its certification and maintains there was never any kashrut issue at Barkan. I responded that I was not looking for a halakhic ruling, but rather requesting information. Nevertheless, he was not any more forthcoming.

Discouraged by this lack of transparency, I decided to pursue the matter with the OK office in Israel. The Israeli rabbinic coordinator with whom I spoke informed me that anyone who applies to work in an OK winery must bring a letter from the Rabbanut attesting that he is Jewish and observant. If so, I queried, why did the Badatz have a problem with the Ethiopian employees? He explained that the Badatz wanted them to undergo a conversion. I asked him: does that mean the workers had not converted previously? The rabbinic coordinator replied that the OK is still investigating that, and offered to forward me their report on the matter in a few days’ time (almost a month later, this has not been forthcoming despite my following up by e-mail).

Continuing our conversation, I requested that he clarify the OK’s policy regarding whether Ethiopians must convert before being considered Jewish. He responded that the OK has never formulated a policy on the matter, and has simply relied on the Rabbanut to vouch for the Jewish status of Ethiopian employees. I asked if the Rabbanut would issue a letter of approval to an Ethiopian who had not converted. He did not know.

Furthermore, the Israeli rabbinic coordinator seemed to be under the misconception that some groups of Beta Israel are halakhically Jewish according to all opinions. I informed him that, in fact, most Poskim require that all Ethiopians convert. He then asserted that if the OK discovers that the workers had actually not converted, the rabbinic authorities of the OK will decide whether or not to rely on the minority opinion of Rabbi Ovadia Yosef (who rules that Beta Israel Ethiopians are to be accepted as Jewish even without a conversion).

That a well-known hekhsher could not provide a consumer with clear facts should be disconcerting to anyone serious about kashrut.[2] It was also surprising that an organization serving mainstream American Orthodoxy would consider certifying a product based on the lenient opinion of Rabbi Ovadia Yosef, when all the other Poskim that our community respects rule stringently on this matter.

Since the OK could not provide the answers I sought, I contacted a kosher supervisor on the ground at Barkan—one not affiliated with any particular agency. He stated that Barkan investigated the workers when they were first hired fifteen years ago, and concluded that they are Jewish “beyond a doubt.” When I pressed him to confirm that “beyond a doubt” means they converted, he failed to give me a straightforward reply. In fact, he seemed to be under the same misimpression as the representative of the OK—i.e., that some Ethiopians are unquestionably Jewish and no one would require them to convert.[3]

At this point, it is still not entirely clear whether or not the Ethiopian workers at Barkan underwent a conversion. If it comes to light that they did not convert, qualified Poskim will have to rule on whether there is room to permit Barkan wine post facto. But the concerns we raise here go beyond the technical kashrut of the wine in question. We consumers deserve greater transparency and diligence from those responsible for ensuring the kosher status of our food and beverages.

Yaakov Hoffman is the rabbi of Washington Heights Congregation and a member of the Kollel Le-Hora’ah of RIETS. He is interested in contemporary kosher certification and is a wine aficionado.