YU’s Policies About Women — A Reply to Deborah Klapper 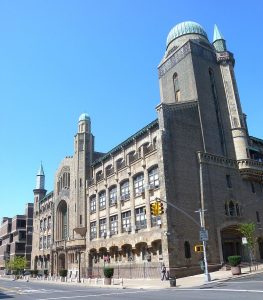 (This article originally appeared in Times of Israel.)

I was dismayed to read Deborah Klapper’s blog post, Yeshiva College’s policies about women matter to us all, in which the author reprimands Yeshiva University for not permitting a woman to deliver the dvar Torah or derasha at the end of a Shabbos morning minyan.

Ms. Klapper accuses YU and its roshei yeshiva of depriving women a role in the teaching of Torah, as she conflates women teaching Torah in general with women delivering the dvar Torah or derasha at a minyan, with women serving as rebbeim for male students, and with women having a dominant role in a traditional yeshiva setting:

Yeshiva College must make clear to our young adults that Torah and Halachah value the voices of women teaching Torah.  Forbidding women to teach at Yeshiva minyanim sends exactly the opposite message.

I grant that Yeshiva College’s student body includes young men who wish to avoid hearing women. I understand that Yeshiva may have a practical need to accommodate such young men, even if that desire makes some of us uncomfortable and even though a panel of roshei yeshiva have publicly stated that it is not required by Halachah. But

Thirteen months ago, five Yeshiva University roshei yeshiva were among the authors of a document on women’s leadership commissioned by the OU. The subsequent OU summary summarized their position as follows:

As articulated by the Rabbinic Panel, women can and should teach Torah, including at advanced and sophisticated levels; give shiurim and divrei torah; assume communally significant roles in pastoral counseling, in bikkur cholim, in community outreach to the affiliated and unaffiliated, in youth and teen programming…

‘Do as I say, not as I do’ does not work. The attitudes of Yeshiva College students toward women are shaped by the environment and policies of Yeshiva College, which they reasonably believe express the Torah of their rebbeim. Right now, that environment and those policies are teaching our young people that women teaching Torah to men cannot be a legitimate part of Jewish communal life. It is imperative that Yeshiva College and its roshei yeshiva create a culture in which students are expected to respect and seek out women’s Torah, especially in public and communal spaces.

A yeshiva/male beis medrash — be it “Traditional/Yeshivish Orthodox”, “Modern Orthodox/Hesder” or whatever else, which identifies with the great traditions of yeshivos since time immemorial — does not have female rebbeim, and serious female presence therein is altogether pretty much limited and deemed not appropriate. It has nothing to do with the value of women or their role in Torah, and it has everything to do with heightened standards of modesty and the mantle of mesorah(tradition). A yeshiva is a “palterin shel Melech” — a palace of the King — whose standards and praxis are well above the rudimentary. A yeshiva minyan is slower and usually more intense, yeshiva dress is often more formal or more dignified, and yeshiva gender separation is certainly more pronounced.

Yeshiva students have a right, and Yeshiva University has an obligation, to provide such an atmosphere for its batei midrash, minyanim and beyond. Yeshiva talmidim should not feel that they are in a nontraditional environment, where they need to seek out a minyan that comports with normative yeshiva expectations and standards. Ms. Klapper asserts that, “I understand that Yeshiva may have a practical need to accommodate such young men… not every minyan (at YU) needs to be comfortable for every student,” positing that traditional-minded yeshiva students are thus free to limit themselves to minyanim that do not feature divrei Torah or derashos by women. This is not what a yeshiva is about. A yeshiva is not a place of mixed-gender religious leadership, of pluralism, or of any other contemporary value. To seek to impose this upon a yeshiva and then castigate the yeshiva for noncompliance is wrong and very unfair.

Ms. Klapper proceeds to quite unreasonably criticize Yeshiva University, applying broad strokes and projecting the issue into areas that are totally outside of the discussion:

If our children’s generation comes out of college, RIETS, and GPATS believing that fewer women’s voices and more gender separation represent the Modern Orthodox ideal, then our future holds more gender segregation, more assuming that women are only and always sexual beings, less women’s Torah, and a more impoverished understanding of God’s will in the world.

YU is not imposing “more gender separation”; on the contrary, it is those who demand that women now deliver the dvar Torah or derasha at the end of tefillah in a male yeshiva, who are the ones imposing and attempting to make changes. YU has not changed anything; YU is requiring that matters remain the same and this new innovation not be introduced. To portray YU as changing anything is wrong and very unfair — as it is also wrong and very unfair to accuse YU of causing “less women’s Torah”.

But there is another, more profound level to the issue: even were we not discussing a yeshiva, there is a mesorah, a tradition, of the roles of men and women in Torah and of the interaction of men and women, especially in religious fora. There are many things that technically may be permitted, but they are not done, as there is a strong mesorah that governs these areas. For example, it is related that Rav Soloveitchik zt”l was asked about separate hakafos for women on Simchas Torah, in the women’s section of shul. Rav Soloveitchik most firmly replied, “this is in violation of our entire mesorah”. (See Sefer Mi’Peninei Ha-Rav, Simchas Torah section, par. 3 for details.) Similarly, were a man to insist to his wife that he be the one to light the Shabbos candles or to separate challah from dough for the household, he would be infringing upon an ancient mesorah and would be very wrong.

I realize that many readers may not identify with the above concepts. Be that as it may, this is what being a yeshiva and an Orthodox Jew are about. Practical arguments of egalitarianism and role parallelism are useful in the secular world, but a yeshiva, and Torah in general, are bound by their own, different standards and are unabashedly governed by a culture of mesorah. These unique standards and connection to mesorah are foundational, sacrosanct and inviolable, and they have been defining characteristics of Torah life throughout the ages.

May we be privileged to perpetuate this holy and precious legacy.