Appreciating the “Simple” Jews: A Tale of Two Weddings 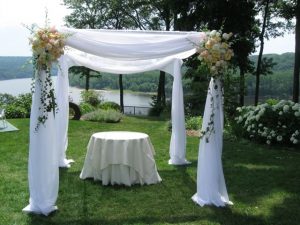 A few weeks ago, I had the privilege of attending two Yerushalayim weddings. I did not actually dance at both of them— the Yerushalayim traffic made sure that I uphold the pristine dictum that one can’t dance at two chasunas—nevertheless, my personal tale and divergent emotional response to these holy and distinct affairs allowed me to crystallize a powerful appreciation for different types of Jews.

One chasuna was 30 years in the making:

The chosson, a serious ben Torah, is the product of parents who are legendary educators. Both are beautiful and beloved people who, without exaggeration, have been Rebbe/Mechaneches role models to thousands of people over the course of illustrious careers spanning more than 30 years in Jewish education; he is a mechanech’s mechanech and she a mentor’s mentor. They are deeply kind and giving in every which way. The kallah, a mature and regal bas yisroel stems from parents who are humble, quiet and courageous visionaries. Her father built a major Torah institution in a foreign land that has impacted thousands of talmidim. Indeed, both sets of parents themselves are children of mechanchim who emerged from storied homes of major Jewish impact.

Their wedding was simply beyond. All types of religious Jews could barely contain their simcha. Heharim yiftzechu lifneichem rinah—the mountains were exploding with joy. After one thousand or so people attended their beautiful chupah nestled in the Jerusalem mountains, the first dance lasted well over 90 minutes, with four concurrent non-stop circles on the men’s side. Hundreds of people danced the joy of reaping, of b’rinah yiktzoru. How can one use words to express the joy of this holy merger of exalted ideals playing itself out in Yerushalayim ir hakodesh amongst family and friends? Quite simply, one can’t, and thus no words were said, for they would have only profaned the sublime nature of the moment. I have little doubt that most people who attended this wedding would concur that this was the product of extraordinary lives coming together, and that tomorrow these builders would carry on their exalted building.

And then there was that other wedding—a quiet humble affair a half-hour hour away from the first. This wedding, in stark contrast, garnered little attention except to closest friends and family. A makeshift outdoor chupah was erected on a quiet street where a random car was parked just a few feet away. It was a party with approximately one hundred attendees, where every young leg was needed to keep the dancing alive and where most non-family did not seem to know each other. The kallah’s father did not attend and even her mother’s arrival was a last-minute joyous surprise.

The chosson, born into a religious family, had wandered from the Torah path and finally, as an ex-marine, found his way back and was now learning in a famous baal teshuva yeshiva. He seemed focused and kind. The kallah—my reason for attending the wedding—who is presently learning in a Jerusalem seminary, was not Jewish until a few years ago. She hailed from Northern California, a locale not known for its deep spiritual piety. I had the good fortune of meeting this sincere giyores as she was working towards conversion.

And now, there she was – a few feet away from me – a holy Jewish kallah, very modestly attired, resplendently white, with a deck tichel that did not afford me more than a glimpse of her face as I made a bracha. Their makeshift chupah was pashut, so simple, so modest—yet so powerful.

As she was being encircled by mother, mother-in-law and stepmother-in-law, I found myself overwhelmed with emotion. I can’t imagine that I was the only one crying; it was a depth of emotion that I did not feel  at the storybook wedding.

It dawned upon me that I was in the presence of simple, unexpected greatness. My mind raced back just two years ago – a young lady with no real plan sat before me waxing passionately about her burning desire to be a Jewish woman living amongst klal yisroel in Eretz Yisroel. At the time my inner New Yorker thought I have heard this story so many times – and this young lady simply has no clue how unrealistic and improbable her picture really was. After all, can a Californian really live without her vanilla ice blended?

Now I was standing at her chupah, humbled and overwhelmed by a modern day Ruth sans Naomi – a young lady who followed her neshama and came to cleave to Hashem. After converting, she struggled to make Aliyah—without job security or money—in order to achieve her calling. Ruth’s clarion call to Naomi, Where you go I shall go, contains haunting power. I suspect that nothing moves us as greatly as watching the neshama waxing great, sacrificing and cutting through the rapid, vapid world to seize meaning and kedusha. To be in the presence of such purity and sincerity is to feel again.

Frankly, our kallah’s purity also stirs internal unrest: it forces me to consider how much of my life is motivated by the right over the expedient and the truth over the convenient. This young kallah’s path has just begun. I still wonder how she will cope and whether she will make it in Israel (she also wonders), what will be when the idealism meets the dirty diaper and the holy meet the hair in the sink: no one is immune to such struggles.

I wish her well and hope I merit to see her holy Yerushalmi grandchildren learning Torah. If I do, it will remind me that the footsteps of Mashiach are indeed so close. May Hashem watch over them and His people and may we learn to appreciate the great and the simple people of Israel. They are all around us.

Rabbi Asher Brander is the Founder and the Rav of LINK Kollel & Shul. He has been teaching in Yeshiva High Schools for the last 27 years.