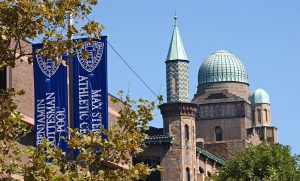 The assertion of Modern Orthodoxy’s rightward shift is often swallowed as fact. No one really knows too much about this shift, other than observing some young post-high school men and women who return from a year in Israeli yeshivos return more halachically committed than before they went. But, seeing that a great many in Modern Orthodoxy do not at all fit within this trend (please read about an important new study which shows that the overall trend is quite the opposite), the question remains: what is the source for the assertion that Modern Orthodoxy has moved to the right?

To answer this question, let’s see who is making the assertion in the first place. Well, we have Rabbi Yitz Greenberg, Rabbi Avi Weiss, Rabbi Asher Lopatin, Rabbi Shmuly Yanklowitz, and now Dr. Steven Bayme. Every single statement by these men concerning Modern Orthodoxy sliding to the right is most curiously accompanied by a promotion for progressive/Open Orthodoxy.

Although the latest data strongly indicates that the overall trends in Modern Orthodoxy are toward lesser commitment to halachic observance and traditional beliefs, and the 2017 Nishma Research Profile of American Modern Orthodox Jews shows that even though there is an increase in halachic observance among some subgroups in Modern Orthodoxy, there is a leftward trend in Modern Orthodoxy regarding social issues, Rabbis Yitz Greenberg, Avi Weiss, et al argue to the contrary, clashing with the data, in order to advance their agenda of drawing support toward their own controversial institutions and away from those in the mainstream. This is disingenuous, for these people have created a nonexistent rightwing Modern Orthodox straw man to knock down in order to promote their own interests.

One of the favorite manifestations of the Rightward Modern Orthodox Trend Fiction is RIETS/YU. In order to try to pull the rug of support out from beneath RIETS/YU and divert support to YCT and related institutions, Rabbis Greenberg and company have repeated the canard of a purported rightist shift at RIETS/YU enough times so that it seems to be catching on.

I’d like to look at RIETS/YU before and at present from my own personal experiences there.

When I was enrolled in YU, students at Stern College for Women, and other female students, were only to be found on campus in the library at night and in Wurzweiler School of Social Work classes by day, in a building far from the beis medrash and away from most Yeshiva College classes. Today, YU’s Glueck Beis Medrash (the main beis medrash now) is connected to the mixed-gender library lounge. When I was enrolled in YU, many roshei yeshiva hailed from other yeshivos (such as Torah Vodaas) and were quite comfortable expressing views that were in line with those of these yeshivos. Today, nearly all roshei yeshiva at YU are musmachim exclusively of RIETS, and the stridency and frequency of anti-MO sentiments expressed by the current RIETS roshei yeshiva pales in comparison with yesteryear. When I was in enrolled in YU, there were a number of talmidim from other yeshivos (I had friends who came to YU after attending Philly, Torah Vodaas, Long Beach, Mir, Itri and elsewhere). Today, virtually no one from the more traditional yeshivos is enrolled in YU. When I was enrolled in YU, there was no eruv on campus – at least not one that crossed Amsterdam Avenue, due to opposition from the Rav and his brother Rav Aharon. Today, the YU eruv runs throughout the full expanse of the YU campus and well beyond. When I was enrolled in YU, every dean and administrator on campus was frum, and many had semicha. (Remember Dean Hecht, Rabbi Edelstein, Dean Rosenfeld, etc.?) Today, this is not the case regarding YU administration, with the appointment of Rabbi Dr. Ari Berman being somewhat of an exception.

I am not here to criticize YU, to which I owe so much. My point is, rather, to document the reality and to dispel the fable of YU having shifted decidedly to the right – something that is patently false, but that has been nonetheless articulated repeatedly by Rabbis Greenberg, Weiss, Lopatin and others in their orbit, and just last week again by Dr. Steven Bayme, in an effort to sideline and discredit YU while consciously promoting an alternative agenda.

In truth, Orthodox society has opened up in many ways, and that which was previously proscribed is often now the norm. Whereas the internet was previously all but banned by yeshivish mosdos, almost every frum organizational and business ad in Yated and Hamodia now features a website; even Agudath Israel has a website now, and Sara Schenirer has a whole online program, as do other institutions which cater to Bais Yaakov graduates. Charedi female marriage age seems to be rising, and Charedi college enrollment is way up. Just as these trends exist in the Charedi world, similar trends that represent a voluntary loosening of the socio-religious reins exist in Modern Orthodox communities.

Although many socio-religious issues in Orthodoxy are subject to shift, and change is frequently underway, be exceedingly wary of those who market the Rightward Modern Orthodox Trend Fiction, for they have something else up their sleeves.