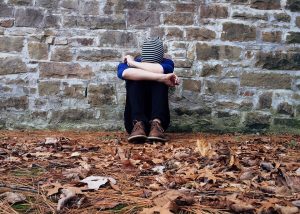 We have all read about the incredible tragedy of Malky Klein. While there is always going to be unknown information about these and other similar cases, such that people will claim that we lack the full story, this and other alike occurrences should set off the loudest of alarms.

Judge Ruchie Freier wrote a must-read essay on the subject, and I have little to add. What more can be said?

All I can contribute to this heartrending discussion is that the issue of yeshiva and day school exclusion should perhaps be addressed on a broader scale. When children are boxed in (or out) and conspicuously labeled due to their abilities, they can get badly bruised and also unfairly pigeonholed and sidelined for life.

When a yeshiva or day school refers to the more rigorous or high-level Torah learning or secular studies track as the “masmidim shiur” or “honors program”, how are those not enrolled in these more advanced programs to view themselves? What message do these yeshivos and day schools send to these students? That they are not masmidim or honors material; they are lower; they are lesser in achievement and academic quality. And that is how many such students will hence view themselves and act upon the de facto labels that these schools have conferred upon them.

I am all in favor of more advanced Torah learning and secular studies tracks, but there is a sensitive and sensible way to market them.

Aharon was acting out in yeshiva, and was the most frequent occupant of the principal’s office other than the principal himself. Aharon was not doing anything “bad” in the acute sense (nothing criminal, lewd, etc.), but he was all too often calling out in class and was involved with some disruptive pranks. A few weeks before the close of the school year, Aharon’s parents, who had already registered him for the coming year, suddenly found out that Aharon was not being “invited back” for next year.

Aharon’s parents frantically appealed to the yeshiva, arguing that it was not fair that they were given no advance notice of the expulsion, and that unless another yeshiva would somehow agree to accept their child so extremely late in the year, he would end up having to stay home or “on the street” next year. These appeals were rejected.

With Hashem’s help, including the intervention of a loving rebbe and great exertion by Aharon’s parents, he was accepted into a different yeshiva, where he was shown warmth and was given more personal attention, and where he matured and flourished. He is now at the top of his rosh yeshiva’s shiur and has established excellent academic credentials.

How many boys and girls are subject to expulsion that is executed with insensitivity and capriciousness, whereupon their parents are sent scrambling without ample opportunity to arrange for transition into another yeshiva or day school? How many children feel shamed that they are not labeled as masmidim or honors students, with their view toward their role in Torah learning and school achievement thus substantially narrowed and lowered? How many students like Malky will suffer at the hands of unloving and uncaring principals, who are slaves of elitism and who sacrifice children in its service?

There obviously must be standards, accountability and a drive for excellence, but there is way to do it and a way not to do it. Furthermore, sensitivity and love for each student, with his welfare and success being the priority, must be the goal; external factors of reputation and social standing are irrelevant.

Please read Judge Freier’s essay and think about what was, what could be and what is at the many yeshivos and day schools that are led and governed with compassion and true wisdom, and consider what we can all do to harness the good and bring about urgently needed change.