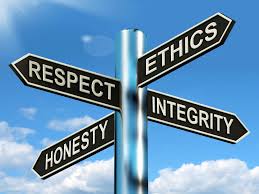 If you live in New York City and order a sliced bagel (unlike if you ordered it uncut), you owe sales tax on the item. And if you bought gasoline in New Jersey, you owe tax to New York for the purchase.

There are many arcane technical violations of law (some quite amusing, like talking to someone in an elevator in New York State, or hanging clothes on an outdoor clothesline without a license) of which most otherwise smart people are ignorant, and of which otherwise upright people are regularly guilty. And then there are laws that most of us do know about and willfully ignore, like the prohibition to exceed posted speed limits.

Then, of course, there are serious crimes that are not only prosecutable but rightly prosecuted, like identity theft, Ponzi schemes and egregious tax evasion.

There is also, however, a broad gray area of questionable actions, particularly in realms like tax deductions and participation in government programs, that may or may not be committed intentionally, and may or may not even be clear violations of the law.

Many otherwise honest Americans, including some in the Orthodox community, have fallen prey to making decisions that they may think fall on the right side of the legal/illegal line but in fact do not. And some have even convinced themselves that being on the wrong side of that line isn’t really so terrible.

It is, though, at least in our community. Not only because, if discovered (as it often is), it causes the guilty and their families and their fellow Jews a black eye (and sometimes worse), but also simply because, well, it is not ehrlich.

That Yiddish word, for the uninitiated, refers to something of a combination of “honest” and “honorable.” It is a most important Jewish concept.

Rabbi Shimon Schwab, zt”l, the Rav of Khal Adath Jeshurun in Washington Heights for nearly four decades, famously said at an Agudath Israel “Halacha Conference for Accountants,” on January 24, 1989, that “Those who resort to… dishonesty…while they may have the outward appearance of G-d-fearing Jews, deep down… are irreligious.” Because, he explained, Hashem provides us what we are destined to have; to steal is to deny that fact. He bemoaned the fact that Hashem’s people are viewed as defrauders, and said he pined for the day “when there will be a new definition for ‘to Jew’: to be a stickler for honesty.”

Rav Avrohom Pam, zt”l, the Rosh Yeshivah of Yeshiva Torah Vodaas and member of the Moetzes Gedolei HaTorah, ailing and near the end of his life, recorded a heartfelt speech on November 22, 2000. It was screened the next day at that year’s Agudath Israel convention. The anguish in his voice was born not of his illness but of the pain he felt at having to address the issue.

He characterized a good Jew as someone who is “ehrlich in his profession, in business, with… workers, with… partners…”

When one arrives in the next world, Rav Pam said, quoting the Gemara, “the very first question he is asked is ‘Did you conduct your business with emunah [in good faith]?’”

The word emunah is used there, he explained, echoing Rabbi Schwab – because acting dishonestly in order to “supplement” our income denies G-d’s ability to provide us our sustenance.

Both Gedolim also stated clearly that the same honesty with which a Jew must interact with another Jew must characterize a Jew’s dealings with non-Jews.

I am not writing these recollections or what follows with reference to any recent happening. Only a fool would deign to make assumptions about anyone accused of a crime; both in Jewish law and American law, moreover, the presumption of innocence is a given.

But it can’t be denied that, over the years, there have been confirmed cases of actions, or inactions, by members of the community that were clearly illegal. That reality is unfortunate, and defies easy explanation.

Some suggest – to try to explain the phenomenon, not excuse it – that since religious Jews feel a singularly strong connection to earlier generations, some individuals may have “inherited” a feeling that government – as was the case many years past in other lands – is inherently corrupt, and its laws unworthy of full respect. While there are certainly cases where the American justice system acts unjustly (see: Rubashkin), all know (or should) that the United States is qualitatively different from the oppressive and unethical regimes under which Jews lived for centuries. We American Jews are the most fortunate Jews over the course of our galus.

Others see lapses of honesty to have been born of desperation, itself birthed by the extraordinary pressures brought to bear on observant families, who face special and substantial expenses.  That theory too, is offered not to excuse misdeeds, but as the sociological background against which they need to be regarded.

Whatever might (or might not) explain how members of communities beholden to halachah can come to do things that are not ehrlich, it behooves us all to look inward. There is a reason our Viduy is in plural (“ashamnu…”). If anyone in Klal Yisrael is guilty of a sin, on some level it implicates us all. Kol Yisrael areivim.

One worthy pursuit we might consider is intensified education about financial rectitude. Things like Agudas Yisrael’s recent “Law of the Land” webinars and its Halacha Conferences’ business tracks are examples worth emulating. As are the “V’asisa Hayashar V’hatov” events of several years ago, which were created by R’ Chaim Gross, z”l, a Vizhnitzer chassid and (ybl”c) R’ Shmuel Dovid Spira. Knowledge in this realm is crucial, as the lines of the law are not always clear.

But it behooves us, too, as parents and mechanchim, to more often and more forcefully stress the importance of ehrlichkeit. The stories of Gedolim that we relate to our young, which enter their minds and souls at the “ground floor,” so to speak, and color their consciences over their lifetimes, should prominently include not only narratives about the hasmadah and Torah-knowledge and ahavas Yisrael of those who inspire us, but their meticulous honesty and acts of Kiddush Hashem no less. There are many such accounts; they need to be a major part of the “curriculum” and greatly emphasized.

And then there is a sociological change that so needs to be fostered.

Our society has come to regard things that are in truth luxuries as necessities. Much (though certainly not all) of the economic pressures so many of us feel derives from a perceived need for a certain kind of home or car or vacation or summer bungalow. There’s nothing wrong with a late model car or overseas trip – if one can easily afford them. But there very much is if one cannot.

Something akin to shame is felt by those of us who, nebbich (sarcasm intended), have a one-man-band at a child’s chasunah, or have run-down furniture, or old, stained carpets, or can’t afford Chol Hamoed trips or summer camps (yes, summer camps; they are wonderful, but there are other options) for our families.

But with all due concern for chasunah bands, the frum entertainment industry and camps (and florists and planners…), none of their products are necessities. The fact that many readers may be shocked by that contention is a sign of the very problem that needs addressing. Is “keeping up with the Jonessteins” a Jewish value? What begets that attitude, we need to realize, is something forbidden by one of the Aseres Hadibros.

There is dignity in being of modest means. We need to recapture it. Was the Chofetz Chaim dignified? Is, ybl”c, Rav Steinman, shlit”a? No need, one hopes, to answer.

And even for those who are financially fortunate, there is dignity in modesty. We have, laudably, toned down our simchos over the years, at our Gedolim’s request (if not always to the degree they suggested). By continuing and intensifying that trend, we do ourselves, our children, and theirs, a great service.

Why have we “upgraded” vorts to mini-chasusos, and chasunos to British coronations?  Why aren’t a Shabbos Kiddush and a pizza-and-doughnut weekday meal for his classmates a sufficient celebration for a Bar Mitzvah?

Here’s a radical suggestion, born of a recent chasunah held in a hall without a kosher kitchen. The seudah was buffet style, brought in by the caterer and kept hot with Sterno. It was a second marriage for both the chassan and the kallah, so that may not have been remarkable. Such an arrangement would surely raise eyebrows at a regular chasunah. But maybe it should raise our consciousness instead. The guests were all well-fed and the joy of the event was unhampered. I don’t know how much money was saved, but my guess is that it was substantial. Must we all have our simchos in elaborate halls, with smorgasbords and a seudah, and with our food served to us by waiters?

There are, of course, truly destitute families out there. But if those in the “middle class,” for whom the luxuries (using the definition above) are manageable, if financially straining, would choose to forgo them, they would be alleviating pressure not only on themselves but on the truly needy. It won’t pay the poor’s food and rent, to be sure, but it will help them feel a bit less “left behind.” Can you imagine the degree of zechus in that?

What, though, of the needs of those who are unable to meet even modest expectations? Klal Yisrael, being a nation of gomlei chassadim, providers of kindnesses, has among its members people of means who, individually or through various tzeddakos, help those in true need. But maybe something greater is needed, a sort of “Parnassah Superfund.”

It would entail the manhigim of each community (definition of which to be determined) appointing a person or small panel of people to administer a fund to which all the non-destitute members of the kehillah donate, say 5% of their yearly income. The fund’s overseers would discreetly distribute monies from the fund to families unable to shoulder all their financial burdens – food, shelter, tuition and modest simchos (yes, buffet-style). A sort of communal “single-payer” Jewish welfare system.

This, of course, is essentially the time-honored kehillah model. It has fallen into disuse, other than in some chassidishe groups, due to blurred community lines and the proliferation of tzeddakos that focus on particular needs.

Those tzeddakos are wonderful, but communal Parnassah Superfunds to augment them would be more wonderful still. They might even help alleviate the tuition crisis, by providing schooling funds to parents who otherwise would have to rely on mosdos’ scholarships.

Needless to say, such a project could only succeed with the participation of all the non-destitute members of a community, each according to his income. But if “community” is carefully defined, it might be a workable model.

And the Superfunds would also serve to unify each community – and all communities – in a common venture, empowering the kol Yisrael areivim factor in only a positive way.