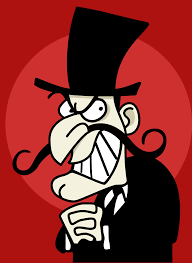 In a short, biting comment, the Chasam Sofer makes a trenchant observation about antisemites, whom he sees as following in the footsteps of Lavan, Yaakov Avinu’s father-in-law.

When, after being tricked into working for Lavan for 14 years (and then forced to work another six to earn flocks of his own) and being constantly taken advantage of, Yaakov suggests a deal, asking for only the sheep and goats that are patterned a certain way.

“Any among the goats that is not speckled or spotted,” Yaakov tells his father-in-law, “or among the sheep that are not brownish, if in my possession, is stolen.” (Beraishis, 30:33).

Lavan responds, in happy acceptance of the seemingly lopsided deal: Lu yehi kidvarecha — “If only it will be as you say.”

The Chasam Sofer sees those words as referring not only to the deal but to the specific phrase that immediately precedes them: “if in my possession is stolen.” He reads the “if only” as a wistful hope that, indeed, Yaakov will be found with sheep and goats to which he isn’t entitled.

That, the Chasam Sofer explains, reflects the mindset of all throughout history who hate Yaakov’s descendents. They salivate at the prospect that a Jew might do something dishonest, so that they can shout the fact from the rooftops and share their animus.

Occasionally, a Jew is found guilty of dishonesty. As a great man once said, “Lavan unfortunately, is part of our yichus too.” But no one thinks of generalizing from an Italian or British or Catholic or Hindu wrongdoer to his entire nationality, ethnicity or religion.

It’s only Jews that some pine to see disgraced, today as always.

An article I wrote for Religion News Service about the EU’s permission to effectively outlaw shechitah appears in the Washington Post, but can be read, paywall-free, here.

And the full version of my most recent Ami column, “Tony Baloney,” from which several sentences were omitted in the magazine, can be read here.