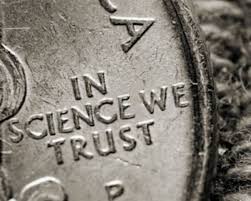 A high school science teacher in Wellston, Ohio was the focus of a front page New York Times story last week. James Sutter was subtly lionized by the report’s writer, who sympathized with the teacher’s tragic burden.

That would be 11th grader Gwen Beatty, who wouldn’t accept his teachings about global warming.

Mr. Sutter ascribed the observed ongoing warming of the Earth to heat-trapping gases released by burning fossil fuels. Fuels “like the coal her father had once mined,” the paper of record helpfully added.

And when the teacher described the flooding, droughts and fierce storms that scientists predict within the century if such carbon emissions are not sharply reduced, Miss Beatty dared to observe that “Scientists are wrong all the time.”

They might be entirely right here, of course, and what Mr. Sutter asserted is definitely the scientific consensus at present. But then again, his student’s broader observation, over the course of history, is certainly true.

To its credit, the article, although it cast Mr. Sutter as a noble white knight fighting for the future of the planet, acknowledged that he “occasionally fell short of his goal of providing… calm, evidence-based responses. ‘Why would I lie to you?’ he demanded one morning. ‘It’s not like I’m making a lot of money here’.”

But the piece makes clear its premise that global warming is real, that it threatens the future, and that it is caused by – and can be arrested by – human beings.

But Ms. Beatty isn’t ready to buy in. “It’s like you can’t disagree with a scientist or you’re ‘denying science,”’ she told friends.

Eventually, the student left the class and hasn’t returned. Her teacher, disappointed, said, “That’s one student I feel I failed a little bit.”

Whatever the truth about the cause of global warming, the threat it poses and what humans can do to slow it, the high schooler is anything but a failure.

Before global warming became the cri de coeur of enlightened scientists, the looming danger was overpopulation. In 1968, biologist Paul R. Ehrlich published “The Population Bomb,” in which he proposed radical steps for preventing the realization of his prediction of worldwide famine by 1988.

And in the 1970s scientists sounded an alarm that the world was cooling.

Pure science is sublime. It yields greater understanding of the world and improves lives and as it communicates an awe of Creation, inspires. But when it seeks to imagine the unexaminable past or predict the unknowable future, it ventures beyond its proper limits.

Mr. Sutter is well-meaning, and can’t be blamed for not doubting the scientific consensus. But he might try harder to better appreciate a student who, rightly or wrongly, is skeptical about what is ultimately only indirect evidence.

And he might wish to consult Israeli chemist Daniel Shechtman, who in 2011 won the Nobel Prize for his discovery of something called “quasicrystals.” He had seen a diffraction pattern in a heated metal that resembled the atomic order of a crystal but whose symmetry seemed different from that of any known crystal.

When Professor Shechtman brought his observation to the head of his research lab, he was directed to a basic textbook on crystallography and told to read up on the subject. When he insisted that he had seen something new, he was asked to leave his research group.

Undaunted, he submitted a paper on the topic to the Journal of Applied Physics. It was rejected. The celebrated chemist Linus Pauling said Shechtman was “talking nonsense” and that “there is no such thing as quasicrystals, only quasi-scientists.”

What became apparent with time, though, was that the stubborn professor had indeed discovered a new type of crystal. His Nobel Prize is a monument to the importance of recognizing that science is always a work in progress.

A world that progressed beyond idols of stone and wood has compulsively sought new objects of veneration. Some have been political systems, the various “isms” – nationalism, Nazism, Communism – that have been inflicted on societies over the centuries; others are isms of a different sort, like atheism, or scientism – the unyielding and unquestioning reverence for contemporary scientific dogmas.

It may well be that the earth is warming dangerously as a result of human activity,

But what is unarguable is that skepticism of accepted notions is the very core of the scientific method.

Or, as Professor Shechtman put it: “A good scientist is a humble and listening scientist and not one that is sure 100 percent in what he reads in the textbooks.”