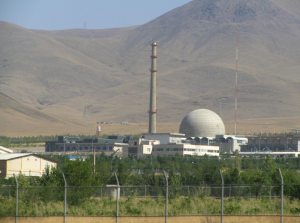 I’ve been asked in recent days whether my feelings about last year’s Iran nuclear deal have changed. What prompted the inquiries was the lengthy New York Times Magazine profile of deputy national-security adviser Ben Rhodes, in which he claimed to have “actively misled” the media on the virtues of the deal.

My feelings have indeed evolved, although not as the result in any way of the Rhodes piece.

At the time the agreement was being debated, I expressed ambivalence about it, seeing both its upsides and downsides. Now, though, I am persuaded that the opposition to it was misguided and that the deal, now that nearly a year has gone by, was a wise and responsible move. Perfect? No. But the perfect is often the enemy of the good.

This, with all due respect to Mr. Rhodes (whatever respect may be due to a shamelessly self-aggrandizing, cynical self-described manipulator). In the magazine piece, the White House aide was quoted as belittling members of the media as “often clueless” … and contended that “they literally know nothing.”

Much controversy came to swirl around not only the piece itself but both its subject and its writer. Whatever the biases of either or the accuracy of the article, its revelations, titillating as they may have been to Beltway insiders and assorted pundits, have nothing at all in the end to do with the wisdom of the deal.

Whether major media reporters were as naive or malleable as Mr. Rhodes is quoted as contending, and whether they were in as much awe of him as he imagines, are not things I can claim to know, or very much care about. The upshot of the interview was that – please sit down if you’re standing – the Obama administration, once it and its allies had forged what they felt was the best deal possible… pushed for it.

That meant charging administration officials and advisors (including Mr. Rhodes) with the task of conveying the plan’s virtues to reporters, making experts available to the media, lobbying foreign leaders and making the case for the deal directly to the American public. Not exactly the most shocking bit of news to trickle down the news pipeline in recent days.

What apparently hasn’t trickled down to some observers, though, is the more trenchant fact that Iran is currently defanged, and that deal’s opponents’ fears and predictions have not come to pass.

Iran has abided by every condition the agreement placed upon it, and thereby removed for now the shadow of a nuclear attack, chalilah, on Israel. That is not a small thing. It is the most important thing.

Some had predicted an Iranian about-face once the frozen funds were released, and that the money would yield a great upsurge in Iranian-sponsored terrorism. The latter concern was and remains a real one, to be sure. But, at least so far, neither it nor any treacherous Iranian change of heart has materialized.

Assuming that Mr. Rhodes is not suffering delusions of grandeur (to which even bright young people are not immune), that he indeed exerted a Svengali-like influence over reporters, bending them to his iron will, it wasn’t the media that sealed the deal and won over skeptics. It was the contention of nuclear and military experts, not only American but Israeli. And those experts feel vindicated.

“A historic turning point… a big change in terms of the direction that Iran was headed, a strategic turning point.” Those were the words, this past January, of one knowledgeable observer, General Gadi Eizenkot, the IDF’s Chief of Staff. General Eizenkot was not, to the best of the public record, among those hypnotized by Ben Rhodes.

To be sure and of course, Iran maintains its unhinged and threatening rhetoric. Recently, a Quds Force advisor declared that… “If the Supreme Leader’s orders [are] to be executed, with the abilities and the equipment at our disposal, we will raze the Zionist regime in less than eight minutes.”

But such bluster is in truth the loudest proof of the nuclear deal’s success. In the Middle East, there is an inverse relationship between such braggadocio and actual might. Iran is summoning words in the absence of aptitude. Yes, it has conventional missiles, but it would be suicidal to use them against Israel, which, unlike Iran – may we say it? – likely possesses nuclear weapons.

No, evildoers and their bluster aside, what we remain with eleven months after the Iran deal isn’t a perfect or even good world. But it’s clearly a safer one.