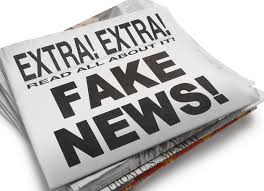 In an enlightening example of how the rush to publish “juicy” stories without doing the requisite research can lead media to propagate falsehoods, a New Jersey radio station, NJ 1015, broke a story recently that was, well, itself broke – bereft, that is, of fact.

The news station, the flagship broadcasting arm of the Townsquare New Jersey News Network, apparently taking its “information” from a blog, described what one of its personalities, Jeff Deminski, called a “truly disgusting situation,” one that, he asserted, “most will be afraid to talk about because they want to be politically correct” – i.e. uncritical of Orthodox Jews.

Lakewood, New Jersey, as is well known, is home to a large and growing Orthodox population.  A large mall is being considered by the local township’s planning board.  Some Orthodox residents are in favor of the project, others opposed (so much for the image of a solid Orthodox bloc).

The blog and the radio station asserted that 1,200 Orthodox Jews had signed a petition opposing the mall, on the grounds, among other things, that it might include stores owned “by goyim.”

Another commentator on the station, Sergio Bichao, quoted the petition further as fretting that “the presence and influence of non-Jews,” should the mall be built, “is terrifying.”  Mr. Bichao took the opportunity to reprise other alleged local Orthodox nefariousness, like the community’s utilization of the school board to spend “tens of millions of public dollars on tuition and transportation for students to attend out-of-district special-education and religious schools,” to the detriment of “black and Latino” public school students; and accusations against “Lakewood developers and religious leaders of promoting ‘blockbusting,’ the practice of scaring off homeowners with the specter of an invading ethnic minority — in this case, Orthodox Jews — in the hopes of driving down real estate prices in order to spur a buyer’s market.”

Never mind that the law requires school districts to provide special education in appropriate settings to all its school children (even Orthodox Jewish ones), and that insufficient funding is available to the Lakewood district to maintain its current educational needs; or that the actions of one of two individuals acting on their own who aggressively offered to buy Lakewood-area homes were attributed to the entire Orthodox community – or that their methods were widely condemned by other Orthodox residents and leaders.

All that matters is that the bad guys be the ones with the black hats.

But what also matters, or should, is truth.  It turns out that the blog had it wrong (and has since removed the post and issued a correction).

The “petition” that contained the offensive language was an open letter created by one misguided fellow. The actual petition that had garnered 1,200 signatures consisted of two lines of text, reading, in a medley of Hebrew and English: “We are requesting from Cedarbridge Corporation [the developer promoting the mall project] to withdraw from their involvement in making a shopping center in our town.”

The signatories to that petition have reasons to oppose the mall project.  Aside from traffic issues and such, there is the fact that among the values held dear by the Orthodox community is a rejection of materialism – the sort of excess on which shopping malls are arguably predicated.

Smaller commercial projects, aimed at providing material necessities rather than enticing people to buy stuff they don’t really need abound in the community.  And their proprietors include both Jews and non-Jews.

What’s more, the sort of businesses that inhabit malls nationwide include some, owned by Jews or by non-Jews, whose advertising and storefront displays are far from consonant with the Orthodox stress on modesty.

But whatever side of the “mall in Lakewood” issue anyone may be on, there is – or should be – only one side worthy of backing on the issue of news organizations’ responsibility to do due research on stories they provide the public – particularly when an inaccurate story is likely to engender animus toward an identifiable racial, ethnic or religious group.