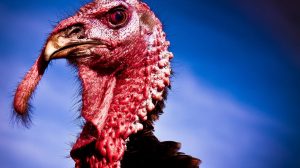 I write on behalf of Agudath Israel of America, a national Orthodox Jewish organization, to register outrage over the recent reported comments of Turkey’s President Recep Tayyip Erdoğan, who ludicrously called Israel – the only true democracy and humanitarian country in the Middle East – a “terrorist state” that “kills children.”

Compounding the absurdity of that charge was Mr. Erdoğan’s ahistorical assertion that “Jerusalem was ruled by Muslims for many centuries but never closed to the believers of the other religions during that time.”  It is clearly documented that, at least from 1948 until 1967, Islamic authorities and Jordan prevented Jews and Christians from visiting their holy sites in the Old City, including the Western Wall.  And it is well known and entirely evident that Israel provides access to all religious sites within its territory.  To claim the opposite is nothing less than an attempt to create false “facts.”

Mr. Erdoğan’s further assertion that “Jerusalem is the worshipping center for mainly Muslims, Christians, and partially Jews” betrays not only further deep ignorance but even deeper prejudice.

Such baseless and incendiary rhetoric has become commonplace among barbaric enemies of peace who in fact murderously target innocents as a matter of policy.  That such language now emerges from the mouth of a head of state is utterly contemptible.

Turkey for many years represented a voice of sanity and responsibility in a region cursed with delusion and violence.  It is unfortunate, indeed tragic, that recent years have seen it influenced by the worst elements around it.