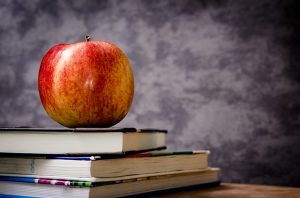 This is not about the tuition crisis. There are prices we are asked to pay other than money.

Consider this, from an interview with a major religious authority:

People thinking about our engagement with the culture and especially with entertainment need to keep a couple of issues very much in mind, and one of these is the pattern or the trajectory of media influence.

This has do with the fact that even as entertainment has to be entertaining in order to be successful, once a movie or any other cultural product achieves that genuine moment of entertainment, it then has the opportunity for a far deeper influence.

Hollywood is “ground zero” for much of the change fueling the moral revolution in society.

Because once entertainment reaches the mind, it also reaches our hearts.

An accurate synopsis, we would think, of the reason so many of us simply do not have television sets.

But the subject of the interview was not a notable right-of-center rabbinic figure, but Dr. Al Mohler, president of the Southern Baptist Theological Seminary. He was reacting to the stunning news that a new Disney film for children includes a gay scene.

In our community, we would be puzzled about why it took a particular innovation in the increasing rejection of and contempt for Biblical teaching to arrive at this eureka moment. Is it only the normalizing of same-sex romance that reaches the minds and the hearts of the impressionable?

When television first became popular, Rav Moshe Feinstein zt”l weighed in on the entire medium. He said nothing about lax morality. Perhaps, in those earlier years, those leanings had not yet been picked up on people’s radar. Rav Moshe wrote instead about violence. How can watching people murder others become a source of entertainment, he wondered?

To many of us, the problem of television is that it is the polar opposite of what chinuch should be about: creating an atmosphere in which a child can thrive, physically, emotionally, intellectually, and spiritually. We fully recognize that there is worthwhile programming to be found, but we deem it not worth the price. That price is having children (and adults!) sit in front of a device that reaches the mind and heart, but does not tell us in advance what its next subliminal message will be. We found many more objectionable themes, including bad character (anger; vindictiveness – even in cartoons!; self-centeredness), rejection of authority, and materialism. Chinuch is about carefully making choices about what we are going to be exposed to; television means ceding that responsibility to others.

The price that many of us, in turn, pay to protect our chinuch is to ban the offending medium altogether. That price is too steep for some to pay, which might be why Dr. Mohler speaks out only about a single gay scene. Should he suggest that all of popular culture be eschewed, he will not have many takers. (In all fairness, he will have some. I myself have met serious Christians who have banned television and pop culture from their homes.)

There is serious talk about boycotting the movie. It comes from Christian circles, and a Russian lawmaker. A better response might be a serious consideration of what responsibility every parent has for nurturing the spiritual environment of his or her children. And then let the chips fall where they may.