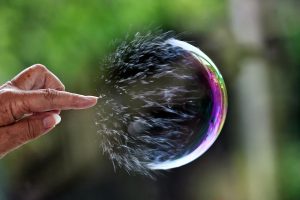 Ever heard of Chartbeat? Assuming you answered no, well, neither had I, at least not until last week, when it was reported that the web analytics company released a new analysis of the reader preferences of 148 news organizations.

The apolitical company tracks what news stories are being read most at any given moment, along with where those readers came from and how long they spent on each story. Because so many news sources use the service, Chartbeat has abundant data that can be usefully crunched.

Which is precisely what two researchers at the firm did, first using readers’ political views to divide media into those tending to have more liberal readers and those with more conservative ones. The New York Times and the Washington Post are examples of the former; the Wall St. Journal and Forbes, of the latter.

The researchers then studied how many articles organizations in both groups published about a given news event, along with the amount of time their readers spent with the stories.

The Chartbeat analysis suggests that stories were generally covered equally by all the news sources, but that readers of particular political bent seemed to avoid certain stories: those challenging their pre-existent positions.

James Shepperd, a University of Florida professor of psychology, has written about that fact. “Generally,” he says, “people prefer information consistent with their beliefs, views and prior behaviors, and avoid information that’s inconsistent” with them.

That’s true not only in politics. One study of Belgian and Dutch soccer fans found that readers were significantly less interested in news about their favorite team after a loss. Losers tend, in the study’s neological nomenclature, to CORF, or “cut off reflected failure,” while winners prefer to BIRG, or “bask in reflected glory.”

That’s unfortunate. We lose out by not exposing ourselves to points of view diametric to those we currently hold. Whether those points of view end up helping us more finely hone our own different ones, or whether they make us reconsider our assumptions, they are exquisitely valuable.

By CORFing and BIRGing, as we are so often inclined to do, we deny ourselves the ability to truly objectively analyze happenings and topics. There are almost always two sides to any story, and an accurate conclusion can really only be reached by weighing them both.

As a certain ex-president said in his farewell address: “We [have increasingly] become so secure in our bubbles that we start accepting only information, whether true or not, that fits our opinions, instead of basing our opinions on [all] the evidence that is out there.” Perceptive guy.

There are, of course, certainties in life, convictions we rightly embrace without reservation. A committed Jew affirms that Creation has a purpose, and that the goals of his own life are defined by Hashem’s will as communicated through the Torah and its interpreters. Most people also consider near-certain the consensuses in specific realms of people presumed wiser in those realms, be they doctors, lawyers or tax advisors.

But to proclaim, without examining all sides of a particular controversial policy, action, official or piece of legislation, that we just know without question that it or he or she is good or bad is, in the end, an exercise in overreaching.

And even when we have made our personal analyses and taken positions and made the cases for our opinions, it is always beneficial to have in the backs of our minds – or perhaps even their fronts – a recognition of the fact that, for all our intelligence and best laid logic, we might still … possibly… be… wrong.

That realization is of more than philosophical import. It has a vital and practical ramification in the realm of human interaction, along the lines of Chazal’s statements (Berachos 58a and Bamidbar Rabbah, 21:2) that just as people’s faces are different from one another, so do they see things differently. A quest for truth requires us to perceive those with different views as, well, people with different views, not as illogical, intractable, irredeemable enemies of all that is good and right.

Newsprint, airwaves and cyberspace are saturated these days with precisely that latter sort of demagoguery; our society suffers from a malnourishment of modesty, not only in the realm of dress and mores, but in attitudes and stances as well. There is so little that any of us can truly know; yet so many are so certain of so much.

Trumpeting opinions that haven’t been honestly subjected to the test of different ones does not promote healthy, productive disagreement and discussion; on the contrary, it suffocates them.