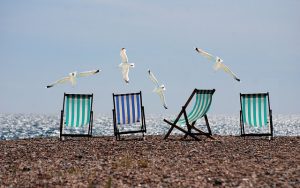 After three years of documenting and critiquing various aspects of Open Orthodoxy, I am taking a break. A temporary break, but a break that I have been contemplating for some time.

I would like to make several observations in this regard, not necessarily related, but worthwhile nonetheless, I believe.

Although people refer to my “battle against Open Orthodoxy”, there are a few misnomers here. I view this work as a project to defend and reinforce Torah values, and not as a negative campaign. Moreover, I do not consider my efforts to be directed against Open Orthodoxy in a general fashion, but rather as countering and responding to many of the various specific ideas and actions that have been promulgated and promoted by Open Orthodox leadership, such as the ordination of women as rabbis, reconsideration of the traditional understanding of Torah authorship, new attitudes toward gay marriage, modifying geirus procedures, encouraging partnership minyanim, etc. It is these many discrete manifestations and reforms which Open Orthodoxy has come to embrace and represent that have been my focus.

Why take a break now? For quite some time, I have acted as an unofficial surrogate or proxy of others – others who really should be addressing these vital challenges to normative Orthodoxy, yet have for the most part not really done so. Rabbis and lay leaders frequently encourage me in confidence to “keep up the good work”, “don’t stop speaking out”, and the like, yet some of these same people have not taken a stand or done much about the concerns. I feel that I should step aside a bit, encouraging those who really should speak up to do so.

Years ago, when some of these issues began to arise, I privately contacted rabbinic and lay leaders in concern, and was told by some of these leaders that it is better to remain silent, as giving attention to the issues would only grant them prominence, and critiquing those behind the new reforms to Orthodoxy would serve to make these people martyrs and provide them with public sympathy and hence success in this path. The Orthodox establishment was largely silent for those several years, during which Open Orthodoxy grew basically unchallenged. Now that the movement has established thriving men’s and women’s rabbinical schools and an international rabbinic organization, plus at least one local vaad, with Israeli counterparts, was silence the wisest response? The movement expanded and pushed matters further than anyone expected, and it became increasingly clear that the Orthodox establishment’s stance of passivity had massively backfired. Sensing this, I felt that I, as insignificant as I may be, needed to do my part to speak up, and, after consulting with senior rabbinic leaders (then and throughout), I began to write and was graciously invited by Cross-Currents to appear as a regular.

Despite Open Orthodoxy promulgating and promoting various substantive reforms to Torah practice and attitude, all without the imprimatur of Gedolei Yisroel, the one episode that really indicated how severe the issue was becoming was that of Open Orthodox leaders lobbying to eliminate several of the morning berachos. Not only did this mimic the early, movement-defining actions of the Reform and Conservative streams in their deletion of certain sections of the Siddur that did not conform with contemporary ideas, but it bespoke a direct effort to disavow and disassociate from the values of Chazal. This was an alarming and watershed development that set precedent for further deviation from the Orthodox norm.

Although I continued writing assorted other types of Torah articles while posting critique essays about new occurrences in Open Orthodoxy (I wrote and posted about 20 divrei Torah on the weekly parshah, 15 hashkafic articles, 7 halachic articles and 16 kashrus articles during this three-year period), my articles about Open Orthodoxy by far got by the most attention, and I became branded by these articles. While many people felt that this work was of great import and necessity, others vilified me and resorted to base tactics, such as repeatedly contacting my employer and pressuring various websites to no longer post my articles and various institutions to no longer invite me to speak. Not to mention the frequent hate mail in my inbox, in an effort to silence me. This did not faze me and has not deterred my work; it merely reflected cowardice and desperation when unable to discuss the issues on the merits.

It has been alleged that the words of another YCT leader were misrepresented in the recent interview with YCT President Rabbi Asher Lopatin on the Dovid Lichtenstein Headlines broadcast. Even were this claim proven to be true (I am not going to attempt to substantiate or refute it), there are countless statements by Open Orthodox leadership which sanction questioning the historicity and factuality of the Torah, which allege that the Torah is biased and unfair, and which outright deny the objectivity and divine integrity of Torah She-b’al Peh. Let this fact not be overshadowed by one or two quotes that were misattributed or misunderstood.

Some have accused me of lack of nuance. My response to this is that when championing Torah values (or anything else of meaning), one must try to be articulate, organized and clear. One must do his best to write with appeal, muster the facts and lay forth the arguments coherently. But to dance around an issue with subtlety is not a virtue. Moreover, if something is important and one cares about it, argument must be made with passion and vigor; why should the integrity of Torah not merit as powerful a defense as is granted to matters of far less gravity?

My decision to temporarily withdraw from the discourse is purely volitional. It is unrelated to the countless personal attacks on me and my becoming basically a persona non grata among some. It is certainly not due to the exertion of external pressure. Rather, I am stepping aside for the short term in order to encourage those who are best suited to speak up to do so – nothing more than that.

The Cross-Currents weekly digest, Essays In and Out of Orthodoxy, will likely be on break in the interim, as the unique character of this digest is its focus on some of the issues about which I will temporarily cease to write.

I am not opening comments to this article, so as to hopefully be able to step aside right away; however, should this article be seriously challenged elsewhere, I will likely respond and clarify as need be.