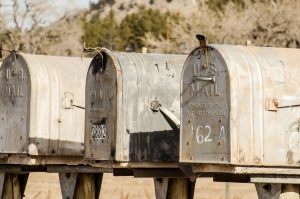 It was only a matter of time until YCT issued a response to the open letter of 11 of its graduates (please also see here), in which these graduates affirmed their belief in Torah Mi-Sinai and their opposition to “Partnership Minyanim” (public prayer services led in part by women). The open letter of these 11 men was prompted by a perception among some that YCT does not unequivocally espouse Torah Mi-Sinai, as well as by support for Partnership Minyanim on the part of some senior YCT leaders.

Although the YCT response reads pretty nicely, there is much to ponder. Here is the full text of the response:

We would like to take the opportunity to clarify our position on the matter of Torah MiSinai and the matter of Partnership Minyanim. These are two different issues which should not be lumped together.

The first represents an unequivocal boundary line for Orthodoxy. Belief in Torah MiSinai, as defined by Hazal and the Rishonim, and as understood by the Torah-committed community throughout the ages, is non-negotiable. It is the underpinning of our religious life, the authority of halakha, and our commitment to Torah. All teaching at Yeshivat Chovevei Torah always has and always will reflect this belief.

Women’s aliyot and Partnership Minyanim are a different matter altogether.  This is a new issue that is currently being vigorously debated within the Orthodox community.  As with any recent phenomenon or new question in halakha, it is wholly appropriate and expected to have debate and dissenting views, addressing issues of halakha, public policy, and advisability. This is how the process works, and it is important to continue to engage in Torah dialogue to enable the necessary halakhic discourse to takes place.

While this process continues, individuals who choose to rely on those positions that support Partnership Minyanim are making choices that are legitimate within Orthodox halakha. Thus, some of our students, rebbeim and musmakhim choose to daven at such minyanim.  Others, for reasons relating either to halakha, tradition, policy, or personal comfort, choose not to do so. This is all part of a healthy debate going on within our community. As a Modern Orthodox Yeshiva, we respect both sets of choices on this issue.

We hope that in the future we will have the opportunity to continue to clarify our positions on the central issues facing us as a Modern Orthodox community.

Regarding Partnership Minyanim – the simpler of the two topics under discussion – the most ranking and preeminent of poskim have forbidden them. (Please see, for example, here and here, as well as here.)  YCT’s presentation of the matter as an open area of dispute in which one can choose how to conduct himself is quite perplexing, to put it kindly.

I accept the assertion that YCT, in its classes, presents Torah Mi-Sinai as fact, and that no other views on the matter are presented as acceptable beliefs. That being said, senior YCT leadership, as well as others whose ideas are part of the YCT sphere, have expressed public views that bring into question the principles of Torah Mi-Sinai and the historical truth of the Torah.

We need to debate what heresy is, not whether it is allowed… A promising direction is to revisit the philosophical meaning of “belief,” and examine to what degree religious belief can be understood as being a-factual; a faith-proclamation, not a factual postulate. Defining belief as a-factual would allow a person of faith to “believe” religiously in the historicity of the biblical narratives and at that same time entertain the postulates of Bible critics.

And, from an Israeli rabbi who sits on the YCT advisory board and lectures at YCT when visiting the US:

It is possible, then, to accept that the Torah in its current form is the product of historical circumstance and a prolonged editorial process while simultaneously stubbornly asserting the religious belief that it none the less enshrouds Divine revelation.

And this, by another senior YCT leader, explaining that even though the Written Torah commands the obliteration of Amalek, the mitzvah has been consciously excised and reformed by rabbinic authorities into a verbal recitation:

We have erased not Amalek, but the mitzvah to destroy them.

It is a story of moving from the passage in Devarim, from the charge of timche – that you shall blot out – to the passage in Shemot, and the declaration of macho emche, that I, God, will blot out.  It is the transferring of the war, from B’nei Yisrael to God. Milchama laHashem bi’Amalek, a war of God against Amalek. Midor dor. The story that we have chosen to tell, from generation to generation, is the story of Shemot, the story of God’s war, not of ours.  The story of a war not against a people, but against violence, against evil.

We are truly an amazing people.  We have taken the mitzvah to destroy Amalek, a mitzvah that disrupts our moral and religious order, a mitzvah that embraces violence and, through interpretation, through choosing how we will tell the story, we have transformed it into a mitzvah of memory, a mandate to restore moral order and to repudiate violence.

While this does not deny that God commanded the obliteration of Amalek, it speaks volumes about this YCT leader’s presentation of the Oral Torah and halachic process.

One of the principal leaders of PORAT, the Open Orthodox lay organization, who is also a YCT faculty member, wrote:

Did Moses actually write that Abraham pursued his foes until “Dan” in order to rescue Lot (Gen. 14:14), or was the place name a later editorial insert to indicate what by then had become a well-known locale? … Perhaps most tellingly, did Joshua order the sun to stop (Josh. 10:12), or was this either a mythic tale or a memory of a solar eclipse that could be explained only as a miracle at that time? Or, on perhaps the most basic level, did all of humanity descend from Noah’s three sons (Gen. 10), were there really several million Israelites wandering in the desert for 40 years (Num. 2, 26), and did diversity of language result from an ill-fated attempt to build a tower in ancient Babylon (Gen. 11:1-9)?

Just today, a YCT graduate who serves on the rabbinate of Open Orthodoxy’s foundational congregation posted:

What will happen when our lives on this earth are over and we go up to meet God?

I’ve been thinking about that big question in the context of a lot of talk lately about dogma, denominational schism, etc. The conversations are stimulating and thought provoking but I think they are missing that big question.

Because when you die, I don’t think God will ask you: of the millions of denominations on earth, which kind of religious denomination were you? This kind? That kind?

I think God will ask you: were you kind?

I don’t think God will ask: how were you seated when you prayed? What liturgy did you use? Which gender did you pray with?

I think God will ask: did you pray?

I don’t think God will ask: was your spiritual teacher a man or a woman? If it was a woman, did you call her a Yoetzet, a Maharat, or a Rabba?

I think God will ask: did your spiritual teacher guide you towards me?

I don’t think God will ask: did you believe with perfect faith that I authored every word in the Bible?

I think God will ask: did you listen to my voice?

While many of these credos embody kind and noble ideals, the bottom-line message is that adherence to Halacha and belief in the Torah do not ultimately matter.

I was gratified to read the open letter of the “YCT 11”. But when YCT leadership itself is unclear about the crucial issues at hand – as it preaches one thing in the classroom and something different at times in the media – and when a serious halachic issue that has been adjudicated by the most senior of poskim is deemed an open question which each individual may choose to approach as he sees fit, one cannot but be extremely concerned and disappointed. The perceptions that YCT seeks to dispel seem not to be unfounded.

Torah Judaism rests on a comprehensive platform of beliefs and commitments, of which the issues discussed in the open letter of the YCT 11 and the YCT response are but a few. Other major causes championed by Open Orthodoxy, such as ordaining women as rabbis, legalizing gay marriage/shuls granting family membership to same-sex couples, and interfaith and interdenominational religious dialogue, have not been addressed.

Let’s see what happens, with eyes open and minds alert, as there is much more here than meets the eye.