Letter in the New York Times 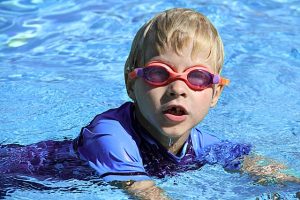 Re “Everybody Into the Pool” (editorial, June 1):

Far from being “unmoored” from the Constitution, offering sex-segregated hours at public swimming pools that service traditional communities is well within the bounds of both the First Amendment and the “considerations of public policy” exemption provided for in New York City law.

Orthodox Jews, moreover, are not the only New Yorkers who hew to a different view of modesty than the contemporary one. Traditional Muslims, many Christians and women of no particular ethnicity or faith have similar convictions. Rescinding the special sex-segregated hours would be the equivalent of a sign saying “No people with traditional values allowed.”

The classical concept of modesty that is embraced by many citizens may have its roots in religious systems. But reasonable accommodation of the needs of such New Yorkers is not an endorsement of any religion. It is simply a laudable recognition of the multicultural nature of our city.

Concern for the needs of others unlike ourselves is another religion-based but universal ideal. It is one that your editorial board might consider embracing more consistently.