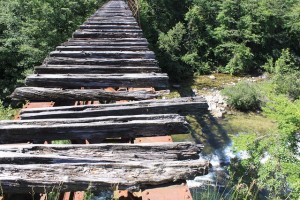 I avoided it as much as possible. I found every excuse to delay it. I did not want more controversy. I did not want to make people feel uncomfortable, nor to have to field the protest. But I can’t delay it any longer, and I must speak out now. So here we go.

We all recall the episode of three years back in which a Yeshivat Chovevei Torah (YCT) star graduate openly denied the Singular Divine Authorship of the Torah as well as many other Ikarei Emunah (Cardinal Principles of Faith). Whether or not YCT was aware of this person’s beliefs when it ordained him, as well as exactly when he adopted such beliefs, is unknown to the public. But YCT was very hesitant and somewhat tardy in condemning the beliefs, and it took International Rabbinic Fellowship (IRF) an extremely prolonged period until this person was no longer serving as one of the heads of its conversion program. This person is still very involved with Open Orthodoxy as a prominent writer and even editor of its publications and as a Yeshivat Maharat Advisory Board member.

The question now before us is whether YCT would have ordained this person nonetheless, had it known at the time of his ordination that he professed heretical beliefs. Or, stated otherwise, were YCT to knowingly have another student with similar beliefs, would it proceed to ordain him?

Yeshivat Chovevei Torah (YCT) plans to ordain a young man who has written and publicly posted articles that deny some of the most fundamental beliefs of the Torah. This person, whom the Creator gifted with immense talent and incredible articulation, is scheduled to be ordained at YCT in a few months, yet he has penned and posted ideas such as the following on public media, all during his tenure as a YCT student:

One may still acknowledge the evolutionary nature of the Bible’s composition, and one may still recognize the archeological, philological, historical and ethnological findings that indicate the Pentateuch’s multiple authorship, while still believing (in a theological sense) in the divine unity of the Torah… The Bible is also not a work of “philosophy” or “theology” because the biblical writers were similarly unfamiliar with such logical, systematic disciplines; to impose our familiarity with these disciplines upon the biblical writers is to commit an anachronism… (Sacred Scriptures, Secular Interpretations: The Bible as an Anthology of Philosophy, Psychology, Literature, and Religion; Religious Studies Review 39:4, p. 231; http://onlinelibrary.wiley.com/doi/10.1111/rsr.12070/abstract)

Religion cannot, nor should it, attempt to explain how the world was created, nor should it attempt to explain how the universe works. Science, not religion, possesses the answers to these questions… The faith of the space age will not believe in the sacrosanct nature of any physical structure, even planet earth—even, yes, the “Holy Land”…. The value in religions’ rules and restrictions lies not in cherishing the rules as ends in and of themselves, but in the power that flows from living with discipline…

In a 2014 article published by Reconstructionist Rabbinical College, this YCT student argued that the Torah’s prohibition against homosexual relations should be reinterpreted and overturned.

YCT has been aware of this all for a few years, and the ball is in its court.

We just read of a broad-based initiative undertaken by senior Open Orthodox leadership in an effort to spread the teachings of Open Orthodoxy – appealingly packaged with nuance and refinement, and using elusive catchphrases such as “values of an inclusive Modern Orthodoxy“, “we want to create a safe space for reflection and conversation“, “the mesorah (tradition) doesn’t mean being cemented to the past” and “it’s time to stop looking over our shoulders“. However, the unfortunate facts on the ground indicate that this is all a front for dispensing in large measure with the Mesorah and instead reforming and reshaping it into a new religious path that is Orthodox pretty much in name only.

Although the founder of this new initiative blames the Orthodox establishment, from Yeshiva University to Agudath Israel and all that is in between, as well as to their right and left, for Open Orthodoxy’s estrangement from normative Orthodoxy, it is Open Orthodoxy itself that has created this schism, knowingly and deliberately, as a result of its departure from Tradition, as it continued to cross red lines and move the goalposts with expectations and even demands that all generals and players silently accept its controversial and often hair-raising actions.

As demonstrated several weeks ago with numerous examples, Open Orthodoxy’s current trajectory is one of general technical compliance with Halacha (with some very notable exceptions, such as ordaining women rabbis, which has been banned by the most senior poskim across the spectrum), while abandoning traditional Torah values in favor of the values of contemporary secular society. Please see the article for some surprising applications, and kindly note there Rav Lichtenstein’s letter against the Edah organization – which is extremely significant regarding the latest developments, as the new Open Orthodox initiative is being billed as the reincarnation of Edah, with a new name (PORAT) and arguably a more aggressive mission.

And, as quoted in the latest Cross-Currents weekly digest, many Open Orthodox leaders are no longer referring to God as “He” or “Himself”, but have instead created a new non-gendered pronoun of “Godself“, as in “God is not as ready to fully give of Godself. God has promised that God’s Presence will go with them, but God has not promised that God Godself will dwell with them”, and“God makes Godself known… God would quietly make Godself known. V’noaditi lecha sham.”

However, as much as this may not be a technical halachic violation, it does immense harm to the Mesorah, for although God has no gender or worldly qualities, the manner in which we relate and refer to Him reflects His middos (characteristics) as subjectively perceived and encountered by humanity. The manifestation of Adnus (Mastery/Power/Force) is denoted by the use of a male pronoun, whereas the Shechinah (Divine Presence) is denoted by a female pronoun (and female descriptors in Hashkafah and Kabbalah), representing God as sheltering, protecting and nourishing the human soul – all feminine traits. The important and pivotal role of Mesorah here and everywhere else cannot be underestimated, nor can it be dispensed with or reformed, as it bears the message of God’s interaction with the universe and the values which He infused in it and taught us.

This spring’s ordination of an exceptionally talented young man who has penned some exceptionally problematic ideas brings to the table how Open Orthodoxy identifies itself and how it interfaces with Tradition. It will be a watershed moment.

Many boundaries have been breached, and this is but one more, yet a major one at that.