J’Accuse. You Have Hurt Me, Lisa 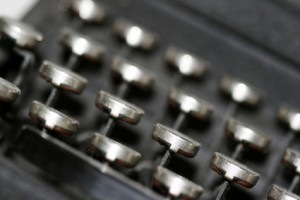 Lisa, I am very disappointed and personally hurt by your words directed against me.

You and I have communicated before. We are in agreement on many issues, and have always been amicable with regards to the exceptions. So I find it difficult to adequately express my surprise and pain to have discovered your essay, in which you accuse me personally of bloodshed.

Yes, you did accuse me personally. You said it explicitly: “The entire Hareidi community spilled this blood.” I have the Fedora hat. I have the beard, the big black yarmulke, and the Tzitzis. And I pray in the right synagogues. You meant me.

I warned that hateful essays would be written. I just didn’t expect someone like yourself to be the writer. Your words were painful precisely because your accusation was both hateful and personal.

I understand that you disagree with our continued fealty to the Book of Leviticus, but our calling a certain act “to’eva” has not, in our community, ever encouraged murder. That is simply because the same Torah that calls that action “to’eva” also requires us to love every Jew, to not hate our brethren, and above all, not to murder. I am not somehow collectively responsible for everything written by a charedi person on a website, and I chose different words myself — but despite what you claimed in your essay, at no time did the website you mentioned ever refer to a person as to’eva, just a parade.

You said that the “small rabbis in the Hareidi community” are calling people to’eva. Can you identify one, or did you simply make an assumption that Hareidim “must” think that way? I suspect the latter — for if you had actually wanted to know what our Rabbis say regarding those with homosexual inclinations, you might have watched or remembered the interviews of HaRav Aharon Feldman and several others in the 2001 movie “Trembling Before G-d.” You would have seen how they balanced uncompromising love for the Torah with uncompromising love for every Jew.

But even without learning what we actually think, surely you observed that Schlissel was in jail for the last ten years, rather than sitting in a class in a charedi neighborhood. If it were true, as you assert, that referencing the Bible leads our extremist members to murder, surely it should have been someone who was actually in our community for the past decade who committed this horrendous crime.

In actuality, there was near silence about the upcoming parade, rather than condemnation. Did you notice that the same website, which has had five articles after the attack — including the incident itself, “Why the Gay Pride Parade Stabber is a Murderer,” an update on the victims, calls for the police chief to resign, and widespread condemnations — had no coverage whatsoever prior to the attack? The (secular) commenter on charedi affairs for Channel 10 noticed the charedi silence, and reflected that Schlissel was more likely to have been driven crazy because the community ignored the parade.

I challenge you to find another population group of 900,000 people — whether Israelis or Americans — with a similar murder rate to ours. Charedim do not murder, neither Arabs or Jews, and neither do we encourage it, with an unparalleled degree of uniformity. This does not mean perfection, because we remain human beings. But we certainly do better than any other group of similar size. Israel’s annual murder rate (excluding victims of terror) is 1.7 per hundred thousand. When was the last time you heard an accusation of murder directed against a charedi person? Surely you know the media would have made quite certain we all knew about it.

Yes, you’ve accused the most peaceful community in Israel of encouraging murder.

We are and remain human beings. We, like any other community, have our share of the mentally ill. We, like any other community, trust the police to do their job. Instead we had a single unhinged individual do a heinous act ten years ago, and when the police let him loose they apparently didn’t contemplate the possibility that he might not be cured of his illness, and might go back again, “k’kelev chozer al kei’o — like a dog returning to its vomit.”

This isn’t to say that the charedi community was entirely absent from the scene — charedim direct and are Jerusalem’s predominant members of the United Hatzalah organization, whose volunteer first responders make Israel’s emergency response time the fastest in the world. That same community that you claim wished to murder those at the parade, was there in numbers to rescue them.

They represent the true heart of the charedi community, willing to sacrifice work and family time to help those in need of urgent care — regardless of whether the person is Jewish, much less his or her level of religiosity. There was one murderer, and dozens of volunteers ready to drop what they were doing to try to save his victims. Is it not obvious that most charedim aim to save lives, not take them?

Yet you didn’t ask questions. You expressed no sympathy for the phenomenon of mental illness and how horrified Schlissel’s family — and extended family — most assuredly are. You reserved no words for the police who released this person from prison three weeks before the parade, and failed to keep an eye on his behavior. Instead, you accused me, simply because I am charedi, of participating in his act — and encouraged your readers to hate me as a result. I hope you can see why I might feel personally hurt.

As I was finishing this essay, I learned that Shira Banki, one of the six victims of Yishai Schlissel, succumbed to her wounds today. She was 16. HaMakom Yinachem, may G-d console all her family and all who mourn our loss.