How to Disagree – My Exchange with Dr. Marc Shapiro 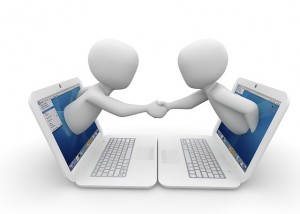 Yesterday was tense. It was uncomfortable. It was a day of squeezing in a lengthy reply to Dr. Marc Shapiro’s post about some of my writings, between loads of regular work and with almost no sleep the night beforehand. (I had actually drafted my entire reply overnight, anticipating a very hectic workday, only to have accidentally deleted the entire draft at 2:30 AM, and then spending close to an hour in an unsuccessful attempt to find the draft in the online black hole. It was not fun…)

I anticipated a prolonged and unpleasant back-and-forth, which would be fruitless and only cause more strife.

But last evening, when I finally again got to my email, rays of light were shining, for Dr. Shapiro had sent several kind comments and messages clarifying that the issues were not personal, graciously (and unnecessarily) apologizing for any hard feelings, and also explaining his work and his goals. I apologized for any overstatement of his identification with controversial views, and we proceeded to share our hopes that our public exchange not be perceived as reflective of any type of sinah or personal affront. Our exchange was about ideas only. My communications with Dr. Shapiro were really refreshing.

Recently, a friend suggested that I change my image and post about more positive things. I replied that I had just posted two articles about noncontroversial topics, plus two divrei Torah on the parsha, as well as four articles on Halacha – but that these articles were given little attention, they received fewer clicks and “likes”, and that people are unfortunately focused on articles that deal with controversy.

But even when dealing with controversy, and even when the discourse is heated, let it not be perceived as sinah or personal clash. It is about ideas only. My exchange with Dr. Shapiro, and his kind and classy reaching out to clarify, are a deep lesson to all.