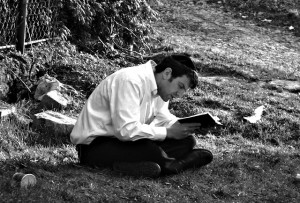 The patient is hemorrhaging. In fact, the patient does not seem to even know who he is. It sounds pretty dire.

The patient is Modern Orthodoxy, and it in silent crisis mode, as it loses youth to assimilation on secular college campuses, some of its liberal elements have abandoned ship and migrated to the Open Orthodox/Neo-Conservative (“OONC”) denomination, and among those who have remained on board, many feel a lack of spirituality and hence subsequently disembark to the shores of Traditional Orthodoxy or Neo-Chassidus. Modern Orthodox institutions are currently gripped more than ever before with internal tension between traditional and liberal elements, and the difficulty of holding the tent together has never been more challenging.

Looking back to the origins and early days of the institutions that are identified as Modern Orthodox, one detects a glaring sense of pragmatism. The writings and oratory of Rav Soloveitchik, Rabbi Dr. Bernard Revel and others indicate a thrust for Orthodoxy to thrive in full traditional force, making use of general knowledge, articulation and eloquence in the vernacular, and engagement in broad society, not as catalysts toward civil integration but rather primarily as factors to either promote Orthodox life or to fulfill practical fundamental needs (notwithstanding the Rav’s vision of Adam I). The Rav and Dr. Revel never used the phrase “Modern Orthodoxy” (or any other hyphenated form of Orthodoxy), as their theology and religious identification amounted to nothing other than plain “Orthodoxy”; the pursuit of advanced secular education, support of political Zionism, involvement with larger society, and so forth, did not define Orthodoxy, but rather worked with it and buttressed its ability to impact, or were necessary undertakings geared to achieve various essential goals. (Please also see here.)

Those at YU who recalled Dr. Revel used to relate how he would approach talmidim (students) and ask, “How’s the yiras shamayim (fear of heaven)?” Dr. Revel was an illustrious graduate of the Telshe Yeshiva in Lithuania, and he structured RIETS in the shadow of Telshe, both in terms of type and caliber of staff as well as in terms of strata of shiurim (Talmud classes). Aside from the secular studies at Yeshiva College and homiletics offerings at RIETS , the yeshiva under Dr. Revel was basically indistinguishable from any other.

Reading the writings of Rav Soloveitchik, one is struck by the brilliance, eloquence, sophistication – and tradition. Liberal critics of the Rav have alleged, with great discernment, that he was largely a repackager of traditional ideas into modern lingo. Of course, tradition includes chiddush (novel insights), but in truth, nothing revolutionary, nothing that departs from Mesorah (Torah Tradition), nothing that takes Judaism in a new direction was present. What was present was immense depth, perception, orchestration and formulation of concepts, and the use of modern linguistic and philosophical tools to present ideas; what was present was breathtaking inspiration, robust, ironclad emunah (faith), and an unswerving commitment to the truth of Torah and the epistemology, interpretations, values and beliefs of previous generations of rabbinic sages; what was absent was a lessened passion for God, or the dilution, softening or modification of any Torah principle, be it in Halacha or Hashkafa (traditional Jewish thought).

Somewhere down the line, Modern Orthodoxy came to be commonly perceived and often manifest as a movement of religious compromise and a lowered sense of idealism. (This phenomenon is in large measure due to the historical identification with Modern Orthodoxy on the part of of many not fully Orthodox people.) Such has been evident not only in terms of actual observance and commitment, but also in terms of religious passion. Complaints of a totally uninspiring, sterile spiritual environment in Modern Orthodox institutions have been voiced by many of those who have opted for the world of Neo-Chassidus. Those who have remained in the normative Modern Orthodox camp have relied upon the post-high school “Israel year” to compensate for an otherwise lacking religious drive within much of Modern Orthodoxy, or have, thank God, found and sustained a relationship with a rebbe or rav with whom they continue to connect in order to stay inspired – for the system itself sadly often does not provide the inspiration.

The result of this all is a Modern Orthodoxy identity crisis. There is no defined range of clear halachic or hashkafic standards, many people “do their own thing”, and the proper role of secular endeavors and their impact on Torah observance and ideology is murky and vague.

What can be done?

For those who have migrated to the Open Orthodox/Neo-Conservative denomination, there may unfortunately be little hope for return, as that denomination’s leadership continues to reject Orthodoxy in ways that could not have been heretofore imagined. (One OONC rabbinic leader just announced his desire to “revamp the entire liturgy”, while another recently advocated the “manipulation” of Halacha to conform with moral intuition.) However, for those who still identify with normative Modern Orthodoxy, the solution is within reach.

This solution is the return of Modern Orthodoxy to its true roots. Rather than sterile, softened, or uninspiring Hashkafa (the current adjectival catchphrase “nuanced” is often defensively applied thereto by proponents), Modern Orthodoxy must turn to and recapture the original religious approaches of its founders – approaches that came straight from the greatest of European yeshivos, with all of the energy, intensity, and enrapture, (yes, these concepts do exist outside of Chassidus), and with great depth and sophistication. Optimal, unwavering halachic observance should be emphasized, with standards and solid expectations. Modern Orthodox Jews can remain fully engaged in the broader world and its educational and cultural offerings, they can dress in contemporary Western style, speak with enlightened articulation, and so forth, while identifying with a rich, demanding, enthralling and comprehensive Orthodoxy that forms the base and totality of their spiritual lives and personal identities.

This all would take time, but it is attainable. Just as a generation of more halachically scrupulous Modern Orthodox Jews emerged largely as a result of the “Israel year” and other phenomena, an exhaustive program to refortify and redirect Modern Orthodoxy toward tradition is within reach.