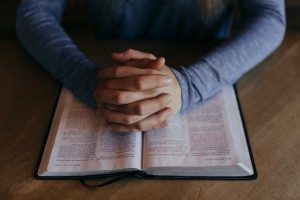 The Law of Unintended Consequences as applied to your wife deciding to paint a few rooms is that when they put your seforim back in place, you will never find what you are looking for. Thus, my living room looks wonderful, but I cannot find my annotated copy of Orchos Tzadikim to find the passage I am looking for. There, IIRC, he points to some unsavory community which, nonetheless, he argues should serve as a model for us. Not a particularly enlightened group, they spend their money freely on what is important to them. We should follow their example insofar as their generosity, even if not regarding where to lavish it.

Part of the takeaway is that we ought to do more of this, seeing what we can learn from others. Rabbi Shlomo Einhorn, the rav and head of school at Yavneh in Los Angeles, helped me figure out what to learn from ISIS, ימח שמם.

Yesterday, I dropped by to witness and savor his latest creative venture, one of many for which he is justifiably famed. Called “The Longest Shiur,” he went for eighteen hours straight, attempting to establish a record, and to raise $250,000 for his school. He blew me away. Eighteen different topics, and he speaks a mile a minute. One hundred percent content, leaning heavily to chassidus, of which he knows a great deal. The looks of admiration for him and for Torah from the young parents who dropped by were a chizuk in and of themselves. If I meditated on the topic for a year, I could not think of a better way to convey the chashivus of Torah to a Modern Orthodox audience than what he did. May HKBH allow him to continue blessing the community with his leadership and immense talent and knowledge!

A few days earlier, R. Ephraim Shapiro of Miami delivered words of hisorerus a few blocks away to a large and enthusiastic audience. Responding to global events of the previous year, he spoke of the need to respond to their sharp blades with ours – that of tefillah. (See Onkelos on Bereishis 48:22 and my adaptation of the famous words of the Meshech Chochmah.) He also included a push for greater sensitivity to the need to create kiddush Hashem in our interactions with others. He placed this firmly within the grasp of the many.

It occurred to me, however, that ISIS has raised the bar. It has used our new-found ability to reach huge audiences around the world – indeed, they have mastered it – for its own evil causes. Following from the Orchos Tzadikim, we should learn to tap its potential to share our good with a wider audience.

Rabbi Einhorn was not content with keeping the impact of his wonderful creation local. He is way too savvy for that. He streamed it live. He alerted media, well in advance – and they covered it. He used Facebook effectively. By thinking it through in advance, he was able to share it with a much wider audience, and turn a local kiddush Hashem into a global one.

Halevai that we should all respond to Rabbi Shapiro’s message! If all of us did, we wouldn’t need anything more. In a less than perfect world, however, some of us who are already contributing ideas and activities that put Torah in a good light – or have the ability to interact with the wider community beyond our own – should not be content with local impact.

It’s hard to frame it in these words – but it may be true nonetheless: ISIS mechayev es ha-rabbonim.