New Articles, and Thanks to God 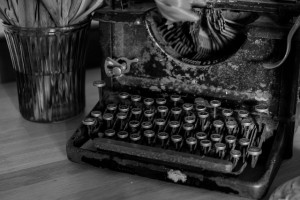 I was asked by Jewish Action to expand upon and flesh out the issues in my Cross-Currents article about rabbinic dignity, for a Jewish action article on the subject; the Jewish Action article was just published, accompanied by an interview with Steve Savitsky about the article and the general topic. Please feel free to read and tune in.

As mentioned in both articles and the interview, the suggested approaches to restoring and reclaiming the dignity of the rabbinate are unrelated to the problem of rabbinic misconduct. No one should come away with the impression that refocusing certain aspects of the rabbinate will prevent or cure problems of misconduct. These are two separate topics.

Switching gears, here is a recent letter to the editor of The Jewish Week, responding to an editorial about the RCA’s new resolution about female rabbis. Here is a recent Times of Israel blog article I wrote on the topic. Readers are encouraged to take a look, as material that has not appeared elsewhere is presented there.

Switching gears yet again: As a graduate of YU/RIETS, I am privileged to be able to continue to contribute articles to Beis Yitzchak, the YU/RIETS Torah journal. Two new volumes of Beis Yitzchak were recently published (here and here), and, although I was planning to start one of my articles (this one) with a dedication, I neglected to do so. I would like to make amends by briefly doing so here, as that article has an interesting history, and I feel obligated to publicly thank Hashem for His salvation from that which transpired. This is what happened:

In the midst of learning the material which would form the basis for that article, I contracted an acute cellulitis infection in my right arm; a very dangerous strain of bacteria had entered my body through a small cut on my finger. I was hospitalized for nine days, receiving intense doses of three antibiotics via IV. Thank God, I came out fine, but the infection was so severe that I almost lost part of my arm, and I was told that I would not have survived for two more days had I not received treatment when I did. It was painful and frightening.

The evening before being released from the hospital, I had to undergo an MRI of my arm. Although I was told that the MRI would take a number of minutes, it took several hours, during which my infected and very bruised arm had to lie smashed with extreme force between my body and the MRI machinery; it was the most excruciating pain I have ever endured (not to mention being motionlessly confined inside of a pitch-black tube for what seemed forever). Of course, this was nothing when compared with the immense pain and actual suffering that countless others have undergone, but it nonetheless felt to me like real torture, without exaggeration.

While inside the MRI machine, the words of my rebbe during a shiur on Maseches Sukkah vividly and immediately came to mind, as he described the importance of thinking in learning. (My rebbe told the shiur that a famous piece which we were going through in Chiddushei Ha-Griz Al Ha-Rambam was composed by the Brisker Rov while he was in stuck in Warsaw as the city was being bombed; that was serious thinking in learning!) Taking advantage of the situation, as it were, with the words of my rebbe as inspiration, I started to think through the sugya (topic) that I was learning in Bava Metzia and had done my best, with great limitations. to continue while hospitalized. BH, the main proof for the position of the Rambam, as suggested in the above-linked Beis Yitzchak article, suddenly came to me as I thought in learning while lying smashed in that MRI machine. I planned to start the article with thanksgiving to Hashem for healing me, making mention of the occasion during which the main part of the article came about, but I neglected to do so, not realizing it until it was too late.

As we celebrate Chanukah, here is a slightly expanded version of my original article about Chanukah at K’hal Adath Jeshurun (KAJ/”Breuer’s”), now posted on OU.org, for any who are interested.

We thank God for His eternal goodness and salvation, and we pray for continued and future miracles.