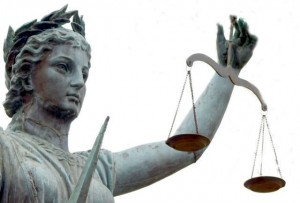 Are the “Open Orthodox” finally going to leave Orthodoxy behind? Several months ago, Rabbi Avi Weiss and a few of his students publicly announced their departure from the RCA, given that organization’s refusal to certify Chovevei Torah alumni as rabbis. Recent articles and statements, though, suggest that Open Orthodoxy might explicitly leave Orthodoxy itself — to the great benefit of truth and transparency.

It is worth analyzing the article of Rabbi Chaim Landau in the Baltimore Jewish Times, both in order to correct multiple false premises and endorse his conclusion.

He describes Agudath Israel as having “combined forces” with the RCA in order to “denounce, reject, and neutralize the existence of a growing Modern Orthodox trend that accepts women clergy in synagogue leadership roles.” The problem, of course, is that the Moetzes failed to so much as mention the issue of women in its declaration about Open Orthodoxy. On the contrary, as Rav Aharon Feldman put it so eloquently, “If someone is walking down the street without clothing, you don’t ask him, ‘Why aren’t you wearing tzitzis?'” The Agudah spoke of Open Orthodoxy’s departures from basic Jewish tenets, while Rabbi Landau is confusing symptoms with the underlying illness.

He similarly asserts that “the attack is aimed primarily at Rabbi Avi Weiss,” yet this, too, misses the point entirely. It seems to be a common tendency among advocates of Open Orthodoxy to claim that criticisms of their ideology are nothing more than scurrilous personal attacks. This canard does not grow fresher with age. The fact that one individual founded all of its institutions does not mean that Open Orthodoxy simply refers, as Rabbi Landau claims, “to Rabbi Weiss’ philosophy of inclusivity.” It is a movement, and its ideology — far more varied and complex than simply “inclusivity” — is shared by many other individuals.

Yet, as I said, after these multiple faulty assumptions Rabbi Landau arrives at precisely the correct conclusion: that the Open Orthodox should “completely dissociate with the right-wing Agudath Yisrael and Yeshiva University groups whose philosophy… is out of sync with the Modern Orthodoxy of Rabbis Weiss, Riskin and others… Allow a clear line to exist between themselves and the more right-wing, red-lines-in-the-ground Orthodox groups.”

Yes, yes, and yes again. Open Orthodoxy should indeed completely dissociate with the Agudah, the RCA, the Roshei Yeshiva of Yeshiva University, the Conference of European Rabbis, the Chief Rabbis of the UK and Israel, and all the other institutions and organs representing the values of Torah observance. Let it state for the record that like the Union for Traditional Judaism (formerly the Union for Traditional Conservative Judaism), “Open Orthodoxy” represents the traditional wing of liberal Judaism, rather than the liberal wing of traditional Torah Judaism.

This is not just a political dispute, something with (at best) transient significance. To the contrary, this is about the nature of Judaism itself, and the Jewish identity of future generations.

Less than 200 years ago, the Torah-observant community was labeled “Orthodox” for failing to endorse the vision of the then-new Reform movement. Reform leaders both derided Orthodoxy as rejectionist and predicted its quick demise.

Orthodoxy is flourishing today, not despite its rejection of those “modern innovations,” but because of it. Orthodoxy is indeed, as Rabbi Landau so accurately said, about “red-lines-in-the-ground.” It is the Reform movement, divorced from Torah and unable to clearly articulate what beliefs and practices it mandates, that is collapsing. One who does not take a position stands for nothing at all.

In truth, the Torah-observant community never “rejected” Reform; the opposite is true. The Written and Oral Torah make affirmative statements of Jewish belief and prescribe a code of Jewish conduct; Reform rejected all of these.

The same is true today. The RCA “rejects” the desire of some to change the rules of Orthodoxy. The Agudah “rejects” a new movement that calls itself a type of Orthodoxy, yet rejects basic tenets of Judaism.

One of the leading lights of Open Orthodoxy, Rabbi Shmuly Yanklowitz, has effectively announced his departure, responding to the Agudah statement on Facebook by saying that “they put Open Orthodox rabbis together with other Jewish movements. It is an honor to be united with the full Jewish people. Some of my best friends & colleagues are Reform, Conservative, Renewal, Reconstructionist etc.” Yes — for Yanklowitz and his YCT chevrah, their colleagues are those on the non-Torah side of the bright red line.

Those who would call the Agudah or RCA divisive have it backwards for two reasons: this is not at all about Jewish unity, and it is “Open Orthodoxy” that has divided itself from Torah. Every Jew is a Jew, but it hardly follows that every philosophy espoused by Jews qualifies as Judaism. This is about the red lines Rabbi Landau mentioned — and about how Jewish survival depends upon staying within them. If the adherents of “Open Orthodoxy” have charted their course away from the moorings of Torah, that is both tragic and entirely within their rights. But integrity demands they cast off the “Orthodox” moniker as they sail to oblivion.