Who Will Be the Next President of YU? Placing the Horse Before the Cart 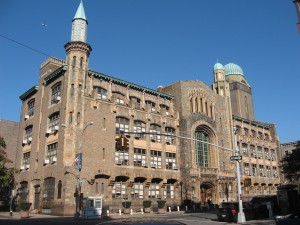 Who will be the next president of Yeshiva University?

This seems to be the question of the day, as journalists speculate and suggest all types of names and ideas. The discussion has been brought to our Shabbos table by the YU students whom we regularly host for meals, and it is the buzz of the Orthodox world to a large degree.

As someone who attended various schools of YU and has been informally involved with YU for decades, people often ask me for my thoughts on the matter. As I am not known to be shy about my opinions

(although I try to express them with derech eretz), I thought that I may as well put my answer out there and spare people the time asking. (

First and foremost, the president of YU must be someone whose primary identification is with the Yeshiva of the University and who deeply cherishes and has a personal command and commitment to the workings and ethos of a yeshiva: intense and analytical Talmud study, traditional Orthodox values, and the primacy of serious engagement in Torah. If a YU president fails to embody these principles, he may be qualified to lead a Jewish university, but not a Yeshiva University. It is not for naught that the administrators of medical schools and medical organizations are themselves accomplished doctors – and so it is in the fields of law and academia – for aside from the requisite administrative skills, the person leading the institution must have an insider’s appreciation of the core and expert components of the enterprise, and he must personally share their mission as his own.

This has happened at YU and it can happen again. But it can only happen if the president is an accomplished talmid chacham – “a yeshiva man” – in his own right. Being a popular rabbinic speaker, a Jewish philosopher, or a pulpit success story will not cut it (although these can be additional and valuable features of a YU president’s résumé).

Secondly, the president of YU must be an administrator and fundraiser par excellence. This means a track record of clear success and solid experience governing a significant and major organization, institution or perhaps even a business. Being a scholar will not help here; a history of accomplishment running an enterprise and raising serious and major capital will. It is that simple.

Administrative success also means dealing with, negotiating with and appreciating people and organs well beyond one’s home identity. A business whiz who does not value liberal arts and science academic programs will not be passionate about their wellbeing, inherent worth and merit and should not be entrusted to preside over them. Regardless of any other considerations and circumstances, the current president of YU appreciates and knows how to interact with the expanse of YU’s umbrella of undergraduate and graduate schools and divisions. This is essential.

Thirdly, the next president of YU must be an Orthodox leader and visionary. He need not be a leader who can rally the masses, but he must be someone who speaks for Orthodox Judaism, represents its values, and builds its infrastructure. Rabbi Dr. Bernard Revel was not a pulpit rabbi, a chief rabbi, or even a communal leader – yet his successful vision to build Yeshiva, physically and conceptually, represented quintessential leadership, whose achievements have endured and born great and vital fruit.

Fourthly, the next president of YU must be non-controversial in matters of Orthodoxy. YU historically attracted the best rabbinic faculty available as well as some of the best yeshiva students on the continent, as it was a place where everyone felt comfortable. By definition, I guess that a yeshiva with an on-campus college and affiliated graduate schools would be considered Modern Orthodox, but YU traditionally appealed to and accommodated the Orthodox standards of virtually all who were interested and eligible to join. Those who took part did not feel that anything made YU not “frum enough” for them to be there, to contribute and to gain.

The qualifications for the next president of YU manifest a tall order indeed, and utmost care and caution must be taken to assure that YU really gets the right man for the job.