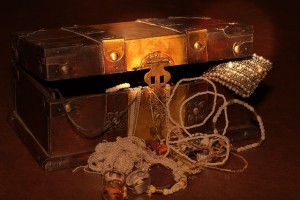 At a news conference last week, Satoshi Omura, a Japanese researcher and one of three scientists who had just won the Nobel Prize in Physiology or Medicine, made a comment that was not only modest but, properly considered, profound.

I’ll get to the comment in time. First, though, some background:

The scientists used modern laboratory techniques to discover anti-parasitic drugs that, in the Nobel Committee’s words, “have revolutionized the treatment of some of the most devastating parasitic diseases” in the world.

Dr. Omura’s work was on the development of a medicine that has nearly eradicated the dreaded disease “river blindness” and radically reduced the incidence of the disfiguring disease known as elephantiasis. Dr. Omura’s work has already helped hundreds of millions of sufferers of these diseases, and has the potential of eradicating the ailments entirely.

Parasitic diseases are a threat to an estimated one-third of the world’s population, particularly among the poor in sub-Saharan Africa, South Asia and Latin America.

The work of Dr. Omura and the other scientists consisted of identifying and isolating a compound, which they called Avermectin, that occurs in nature – in this case soil collected by Dr. Omura from a golf course near Tokyo.

Anti-parasitic agents are not the only blessings concealed in plants and soil. Many anti-bacterial and anti-viral compounds have also been found hidden in plain (if microscopic) sight, and successfully treat dangerous infections common in the Western world.

The most famous one is penicillin, which was discovered in 1928 when an airborne mold infected a petri dish in the lab of Scottish scientist Alexander Fleming. But there are scores of substances in nature that have become effective treatments for myriad maladies.

The bacterium that causes clostridium difficile colitis, or “C-diff,” for instance, a serious intestinal ailment, is prevalent in hospitals and, in 2011 resulted in about half a million infections and 29,000 deaths in the United States alone.

One of the most effective treatments for C-diff is a drug called Vancomycin (which also is the treatment of choice for complicated skin and bloodstream infections and some forms of meningitis). The drug was first isolated in 1953 from a soil sample collected from the interior jungles of Borneo.

Many scientists, upon isolating such compounds and identifying their properties and uses, proudly accept credit for their accomplishments. How many, though, I wonder, stop to think about just what it is they did and didn’t do?

To be sure, much credit is due for the painstaking work of cultivating biological agents, experimenting with them, compiling data, and then collating and interpreting them. But such cures for diseases, in the end, are merely discovered by the men of science, not created by them.

Do the researchers give thought to the Creator of the cures, Who secured them in unexplored places, until the arrival of the right time for their discoveries? Have they considered how odd it is that there even are cures for dreaded diseases in soil and plants?

So much of what is heralded as astounding scientific achievement is simply accessing the miracle of nature, of Hashem’s gifts. When a sheep was first successfully cloned a number of years ago, what was essentially accomplished was the coaxing of genetic material to do precisely what it does naturally all the time: code for traits, replicate and direct protein synthesis. Those things, not the clonings, were, and are, the miracles. And when they were first performed, heart transplants were amazing. But, at least to thoughtful people, never remotely as amazing as hearts.

Dr. Omura seems to have the requisite sensitivity to recognize, despite the great impact of his accomplishment, the limitation of the role he played.

We don’t understand why diseases are necessary (although they point, like nothing else could, to the fragility of our bodies, and the many miracles we are beneficiaries of when we are healthy). But it should astound us that Hashem has planted cures for ailments in the world He created for us.

Dr. Omura’s comment? After expressing his surprise at having won the Nobel Prize (“I never imagined I would win. If I had, I’d have worn a nicer necktie.”), he offered an assessment of what he had done.

“I merely borrowed,” he said, “the power of microbes.”

He didn’t cite the Creator of microbes (and everything else), and I have no idea of his religious beliefs. But his words, all the same, should serve to remind every maamin of the manifold miracles we routinely, if obliviously, experience, and of the fathomless debt we owe Hakadosh Baruch Hu.