One Flesh: An Interesting New Take From an Unusual Source 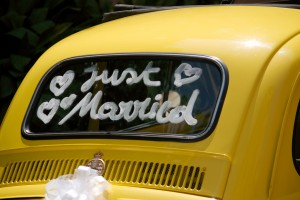 Finding universal themes in the Creation story should hardly be surprising. We can rattle off the obvious ones without straining. The Creation of Man as a single individual underscores the importance of the individual, and the commonality of Mankind. His creation as the apparent final step of Creation speaking of fulfilled telos, rather than random placement. Themes of failure, repentance, fratricide, service of G-d and attempts to ignore Him – all have relevance to all human beings, not just Jews.

And then there are the less obvious ones, pointed out at various times by Rabbi Sir Jonathan Sacks, who contrasts the Torah’s version with other ancient creation epics. Creation through the Word, rather than a struggle between the gods. The absence of what those other stories include: Man coming into being because the gods needed cheap labor for their own needs. Not making Man a plaything of the gods conferred dignity and significance to Man.

If much of the content leans towards the universal, it perhaps should not surprise us that non-Jews might come up with interesting insights of their own. Here is one that I came across over Sukkos. It struck me as enriching my understanding of Rashi (2:24), commenting on “They shall become one flesh.” Rashi explains, “The offspring is created through both of them. There they become one flesh.” Rashi clearly means that husband and wife clearly don’t become a single being, no matter how close their relationship. The single flesh is the child they jointly create. Here, though, is a somewhat different take on becoming “one flesh” through the act of procreation:

What is it that makes each one of us a unified organism? Why aren‘t we just clumps of cells? The answer is that all of our various bodily systems and parts work together for the common good of our biological lives. Your heart, lungs. kidneys, and muscles and all the other organs and tissues coordinate to keep you alive. Coordination toward a common end explains unity, in this case bodily unity of an individual.

Yet with respect to one biological function, you are radically incomplete. It takes two to tango, and it takes two to make a baby. In the marital act, a man’s body and a woman‘s body don‘t just make contact as in a kiss or interlock as when holding hands. The Hebrew Bible reveals
something true about our humanity when it says that a man and a woman in the marital act become “one flesh.” This isn’t merely a figure of speech. The Bible doesn‘t say the husband and wife are so much in love it’s as if the two become one. No. the Scriptures rightly suggest that
at the physical and metaphysical level. a man and a woman truly become two in one flesh. The sexual complementarity of a man and a woman allows them to unite in this comprehensive way.

In the marital act, the husband and wife engage in a single act with a single function: coordination toward a common end unites them. They form a single organism as a mated pair with a single biological purpose, which the couple performs together as a unity. Note the parallel: The muscles, heart, lungs, stomach, and intestines of an individual human body cooperate with each other toward a single biological end- procreation…The act that unites a man and woman as husband and wife is the same act that can make them mother and father. This begins to tell us something about what the marital relationship is ordered toward.

These paragraphs appear towards the beginning of a fascinating new book by Ryan Anderson, Truth Overruled: The Future of Marriage and Religious Freedom. The main title is unfortunate; it sounds overwrought and inflammatory, and Anderson is anything but. In the run-up to the Supreme Court decision on same-gender marriage, Anderson became perhaps the most effective advocate for traditional marriage in the national media. His byword is reasonableness, not shrill rhetoric. (He was cited in the decision by one of the justices on the minority side.) As a protégé of Professor Robert George at Princeton (you read here about his conversation with his friend R. Aaron Kotler at Tikvah last summer), he is committed to the new natural law, which attempts to show – without invoking G-d – that things and laws created by G-d are more likely than not to demonstrate reason, and we ought to be looking for it.

I hope to have more to say about both the book and the new natural law at a later time. For the moment, we can ponder the thought, and take some inspiration from a group of leading non-Jewish intellectual who sacrifice their academic standing and reputation because they will not let go of the idea that G-d knows what he is doing.