New Understanding of a Line in Selichos 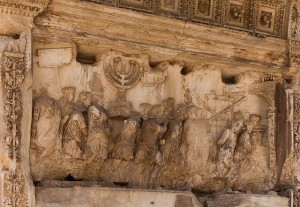 At several times in the last decades, people posed questions about the propriety of making references to Yerushalayim as a ruin, as if it still showed the signs of the devastation left by the conquering Romans, or the neglect of centuries of absence of a sizeable Jewish community. Could we still utter those words with conviction after the founding of a Jewish State after ’48, or the return of the entire city to Jewish sovereignty after ’67?

The view that prevailed was that no changes should be made in the nusach; we should be able to sense much spiritual ruin even in a thriving, bustling city. Thanks to our Palestinian “friends,” however, we can breathe new meaning into the old, bleak words.

Monday morning’s Ashkenaz selichos contained some of those words:

They will be repeated Wednesday evening at ne’ilah, הבעל”ט

Roughly, they say, “I shall moan when I see every city buitl on its hilltop while the City of G-d is degraded to the nethermost depth.”

To the nethermost depth? Is Yerushalayim a moonscape of craters? Are we not all in love with its beauty – and its vitality?

Yet indeed Yerushalayim stands degraded specifically at its nethermost depths, as Palestinian “archeologists” step up their campaign to deny the existence of anything historically Jewish in the city, claiming that those precious stones at her excavated depths have nothing to do with any Jewish Temple. There never were such Temples, they say, those being figments of the evil Jewish impulse to steal both land and history from the Palestinians.

Is there greater degradation to those ruins than the claim before the world community that they don’t really exist?

May it be His Will that we should speedily see the Third beis ha-mikdosh proudly presiding over Yerushalayim, with the Palestinians having met the same fate as all others who rose against us.

A gmar chasima tovah to all our readers, and all Klal Yisrael.