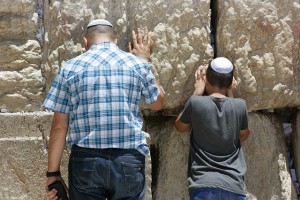 We’ll likely be talking about the new analysis by Pew of the Orthodox community. I read it quickly, and one item caught my eye that has not been over-masticated yet. It lies in the footnotes – note 6 to be exact:

This note is important for three reasons. 1) It offers eloquent testimony to the efficacy of Jewish day schools, just as they are under assault by unrealizable tuition requirements. If 83% of young people raised Orthodox are still Orthodox, our schools have succeeded, and whatever we have invested in them has been worth it. Those who are beginning to speak of alternative options to day school education should realize that they run the risk/probability of having their children wind up in the same place as the late-lamented Conservative movement. 2) It gives us some objective benchmark for dropouts and kids at risk. While other religious groups would be ecstatic to have an 83% retention rate, we must see a 17% dropout rate as tragic. (Yes, it is more than likely that the actual rate is much lower, because many who were “brought up Orthodox” came from homes without an even tepid commitment to halachah.) 3) For decades, demographers simply would not accept the growth of the Orthodox community. The burgeoning of Orthodox neighborhoods, the mushrooming of kosher eateries – all of this didn’t offset the losses to Orthodoxy over the last decades, they claimed. We called “foul.” The losses to Orthodoxy we claimed from the get-go were of people who were never committed to halachah, but who joined Orthodox synagogues because it was a family tradition. In more recent times, we said, Orthodoxy’s definition required shemiris Shabbos, kashrus, and taharas hamishpachah. People who accept those terms are not dropping out at the rate of 50%, we continued. The demographers continued dwelling in their make-believe communities, and refused to concede. Now, at least the authors of this report have thrown in the towel and admitted that the previous losses ascribed to Orthodoxy represented those who were Orthodox only in name. They became road-kill in the flight to suburbia and its Conservative temples that allowed driving on Shabbos