Digesting the New Pew Data on the State of American Orthodoxy 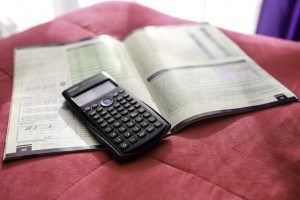 What exactly are the messages that we should glean from newly-released Pew Research Center data about Orthodox Jewry in the United States, which affirms the incredible growth and ongoing expansion of the Orthodox population, its exceptionally strong rate of Jewish education, and its consistency of adherence to Torah values and observances (although some of the statistics are confounding and lend doubt, such as 22% of Orthodox-identified respondents not lighting Shabbos candles, 17% not keeping kosher, and so forth; however, these statistics most likely reflect not fully-observant Jews who are nonetheless members of Orthodox synagogues).

Here are a few thoughts on this overall topic:

The newly-released Pew data confirms the eternal endurance of Torah, against all odds – similar to the miraculous endurance of the Jewish People and our defiance of the patterns of history. We should be inspired that despite the numerous prognostications of the eventual and total demise of traditional Torah-observant Jewry in America, as the Great Melting Pot was burning away the religious and ethnic identities of immigrant populations on these shores, the Orthodox community survived and grew into a thriving force, and is positioned to be the future force in American (and probably worldwide) Jewry. Our emunah in God’s promise of the permanence of Torah should be robustly fortified by the Pew data, and it should animate us to learn Torah, perform mitzvos and live an Orthodox life with utmost confidence in our actions and our special path.

As Torah-observant Jews, we of course must be ever so conscious of how our actions are perceived by others. Now that we are positioned to be more representative of American Jewry as a whole, not only do our actions require utmost care and forethought, but our Jewish “ambassadorial” status will change as well, for we will likely in time represent the face of mainstream Jewry. Furthermore, along with this mainstreaming of our identity, there will of necessity come a need for new and unprecedented levels of involvement with the broader Jewish community. Whether organizations such as American Jewish Congress and AIPAC will in time become increasingly Orthodox by nature, or will be replaced by alternative Orthodox communal and advocacy organizations, Orthodox Jews must be ready to step up to the central communal plate and provide guidance and leadership on a scale that heretofore was unthinkable.

As the Orthodox community expands and its educational needs per force grow and diversify, meeting the needs of a much larger pool of students, the Tuition Crisis will become even more acute. Presently, some Orthodox parents feel forced to send their children to public schools, due to financial constraints. Once the frum community becomes stretched significantly further and includes a broader diversity of family economies, it will really be compelled to create a system that enables children from families of lower incomes to attend our schools. Otherwise, aside from failing to provide our children with a Torah education, whatever communal gains are made will comprehensively sour and spoil, should far larger numbers of our youth not be enrolled in Jewish schools.

Pew data depicting the practical demise of non-Orthodoxy and the ascendancy of Orthodoxy does not hold much long-term promise even for the more traditional Jewish subgroups outside of Orthodoxy. The lesson for us is that, aside from it being inherently wrong, historical dilution of halachic and other Torah standards has clearly inflicted a mortal wound on Jewish continuity, as is glaringly seen from the direction the data points regarding a non-Orthodox future of any stripe. When movements that self-identify as Orthodox innovate and reform “within halachic boundaries”, despite the arguments proffered for technical justification, we must look back to the origins of the Conservative movement, which propounded and followed similar approaches, and we must think about what the Pew study has to say about that movement’s current state. (As a very unfortunate yet revealing aside, the recent death of Theodore Bikel, who was arguably the most important celebrity ever on the non-Orthodox Jewish cultural stage, received less than nominal coverage by secular Jewish media. Despite Bikel’s decades-long starring role in Fiddler on the Roof and his countless years of performances of the most popular Jewish cultural hits for packed audiences around the globe, the man and his music are relative unknowns for Jews under 50. For those of us who recall the momentous and iconic significance of Bikel’s music and theatrics for the non-Orthodox Jewish world, this is a shock, and it is so telling.)

When ethnic and minority groups become more of the mainstream, even as they retain their individual and unique customs and cultures, thed]se groups’ attitudes and social comportment can change and assimilate into those of larger society. Many of us viewed the recent “Kiddush Hashem Video”, in which yeshiva bochurim were the only ones to come to the aid of a (staged) fallen person on a crowded urban sidewalk in California. Although I was so proud of the kiddush Hashem involved, demonstrating that the Torah’s values of sensitivity permeated the very beings of these conspicuously Orthodox young men, I was mortified and sickened by the video’s coverage, spanning more than five minutes, of other people passing over and at times taking fun videos of the individual lying on the sidewalk in apparent pain and danger, without aid; the studio audience’s laughing about this all did not instill much faith in mankind either. God forbid that a Jew ever act this way or find someone else’s anguish entertaining. As Orthodox Jews by definition become an increasingly larger component of mainstream society, we must be incessantly vigilant to harbor the attitudes and sensitivities that the Torah demands. This is far greater of a challenge than maintaining our “ritualistic” lives as frum Jews.

The newly-released Pew data immensely inspires and commandingly summons us. May Hashem grant us the wisdom and ability to move forward toward greater communal success and an invigorated and impassioned commitment to the eternal truth and values of His Torah.