The Disappearing Woman – A Collection of Bullet Points 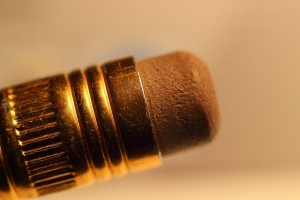 The topic is important enough that elaboration is in order. It will be closer, really, to a summation of some of the points raised in the discussion, plus perhaps one new point not raised by our readers. Briefly, this is why I cannot wrap my head around the growing trend to remove all references to women from public view:

• The policy is a huge turn-off to many of our kids, who are cynical and wary as it is about the tendency to routinely assur too much.

• The comparison to ISIS and the Taliban is all too common. Contrary to what some think, we care about what others say about the Torah – Jews and non-Jews. (Chalitzas ha-kaseif was instituted by Chazal as a required form of aveilus. The reason we don’t do it, according to some, is that it would lead to mockery by non-Jews.) Do we not care about the disrepute that this brings upon Torah?

• It drives away potential baalei teshuvah, who find it repressive and nuts.

• It fuels the hashkafic and halachic depredations of the neo-Conservatives, who point to the haredi world and argue, “If you don’t want to end up like them, you had better accept our progressive and liberal positions. It’s either them, or us, with our egalitarianism and our rabbahs.”

• It causes concern to women raising young girls, and not sure how they are supposed to explain the disappearance of women to their own daughters.