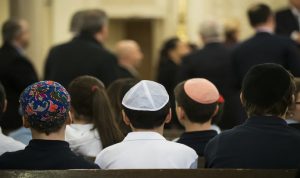 Avi Ciment’s recent series, The Modern Orthodox Conundrum (Part I, Part II and Part III), is an absolute must-read. The author rivetingly lays forth the issues facing Modern Orthodoxy and suggests solutions, with great detail and plenty of personal and third-person narrative, making the topic come alive and demonstrating just how serious and compelling the matter is.

Although many people have plenty of anecdotal information about this topic, and it was studied and documented systematically in The Nishma Research Profile of American Modern Orthodox Jews of 2017 (summary report; complete report), Avi Ciment’s passionate presentation and quest to resolve the problems make The Modern Orthodox Conundrum all the more important.

Most of us are aware of the challenges facing much of the Modern Orthodox community, in particular its more “modern” component (“MO-Lite”), including large-scale laxity in mitzva observance, far lower retention rates than the rest of Orthodoxy, and stagnant growth rates. While no segment of Orthodoxy is free from problems, in the MO-Lite world, the issues are immensely greater than among the rest of Orthodoxy. While losing even one fellow Jew to the world of nonobservance is a tragedy, it is magnified in this case, as MO-Lite constitutes a very large percentage – likely the largest percentage – of Jewry that identifies as Modern Orthodox. Although the Modern Orthodox community is the smallest component of Orthodoxy (the numbers in the yeshivish and Chassidic communities are multiple times those of Modern Orthodoxy), Modern Orthodoxy faces nothing less than a long-term existential threat, as the bulk of its adherents are in a precarious religious situation.

I have no interest in rehashing the serious and pervasive problems depicted in The Modern Orthodox Conundrum. Its author does a very thorough and realistic job at that, and readers are urged to see for themselves what he describes in vivid and moving detail. In the paragraphs that follow, I refrain as much as possible from using names and hyperlinks, as we must keep focus on the issues; the last thing I want is for this to be viewed as targeting personalities or institutions – the target is the issues.

In Part III of his article, Avi Ciment suggests some solutions. Aside from the “gap year in Israel”, which is transformative for many but yields very little long-lasting religious impact for others (largely due to teens being constantly connected with [read “distracted by”] social media, and due to some gap year programs not filling the roles of traditional yeshivos and seminaries, but instead being “academic” or pluralistic), in my mind, the only avenue for comprehensive rectification of the problem is the general Modern Orthodox educational system. (This is the second solution suggested in Avi Ciment’s article.) Parents of Modern Orthodox youth who are at risk are themselves often not inspired and do not serve as role models of Torah observance, and they are therefore not about to start talking to their children about Hashem and the importance of mitzvos, nor will they usually change trajectory and suddenly refuse to send their kids to secular colleges. Effecting change by way of the Modern Orthodox day school system would appear to be the best route, as it starts at a young age, endures for a decade and a half for each child, and includes an array of daily, normative and sustained religious observances, such as Torah learning, davening, reciting berachos, discussing life experiences through a Torah lens, and so forth.

Effecting change through the day school system is for sure the way to go, but is it not as simple as one might think.

Such change can only be achieved if the teaching staff is on board and recognizes that inspiring the students to have a lifelong relationship with Hashem and to make Torah learning and mitzva observance the most important aspect of their existence is the fundamental goal, which cannot be compromised. The truth is that much of the Jewish studies curriculum in Modern Orthodox day schools is either presented in a less than inspiring manner, and/or is applied with a secular approach, such as discussing figures in Tanach from the standpoint of critical literary analysis, like characters in a novel. When Torah is taught this way, it will not motivate students to love and revere it, much less view its teachings as paramount in their lives.

Related to this is the method of “Tanach B’gova Enayim” – a methodology that has taken hold in some liberal Israeli Religious Zionist circles, in which biblical personalities are viewed and discussed like everyday people, rather than with a very heightened sense of veneration. Midrashim and classical commentaries are often not used, and the result is that the greatest of our leaders can be perceived quite differently than our Mesorah (Tradition) presents them. When taken on a very literal, raw basis, without the input of Torah She-b’al Peh (the Oral Tradition) and classical Meforshim (Commentators), Yishmael, Eisav, Korach and his crew, and even Bilaam and Balak can be viewed as the good guys, while our saintly Avos and Imahos (Patriarchs and Matriarchs) and Moshe and Aharon can be regarded as highly errant, unethical and even villainous.

Here is a brief excerpt from a 1953 letter penned by the Rav, Rabbi Joseph B. Soloveitchik zt”l of RIETS, to then-RCA President Rabbi Theodore Adams, regarding Orthodox participation in a new interdenominational Bible translation project on the part of Jewish Publication Society (JPS):

I am afraid that the purpose of this undertaking is not to infuse the spirit of Torah she-be-al peh into the new English translation, but, on the contrary, following the footsteps of the Protestant Liberal ministers who recently revised the English text of the Bible, to satisfy the so-called modern “scientific” demands for a more exact rendition in accordance with the latest archeological and philological discoveries… I cannot see how we, representatives of Torah she-be-al peh, can lend our name to such an undertaking.

Another recent challenge is the phenomenon of Modern Orthodox youth entering the world of professional sports, in some cases reportedly with the endorsement of their local rabbis. Although the occurrence of Orthodox Jews becoming major league athletes is obviously extremely rare, when it is presented as a “kosher” endeavor that is enthusiastically welcomed, despite the very serious religious compromises that by definition go along with it, the car gets steered in a very bad direction, as tens of thousands of Modern Orthodox youth are advised that it is acceptable and something to celebrate when an Orthodox Jew gets drafted to the major leagues – where he will clearly not be in a frum environment at all, to put it mildly, will rarely be attending shul, and will have to make countless concessions regarding Torah observance. Please see this important, recent article by Rav Hershel Schachter about one aspect of this Orthodox professional athletes phenomenon.

It is no secret that the level of Torah learning in Modern Orthodox day schools is generally quite low. Seniors often can barely read even one line of Gemara without great difficulty, in contrast with boys in traditional yeshivos, who are taught to “make a leining” (read a Gemara proficiently) starting in sixth grade. (This is the case not only in “very Charedi” chadarim, but in every elementary-level traditional yeshiva, including all “modern yeshivish” schools.) The challenge this poses religiously is that a major segment of Modern Orthodox youth will never be exposed to advanced Torah learning, and hence will never gain an appreciation or experience the inspiration and sheer excitement of deeply delving into a sugya (section or topic in Gemara), discovering the profound beauty of Torah at its highest and most sophisticated levels and closely encountering the Torah’s dynamic aura of kedusha (holiness).

Modern Orthodoxy is in trouble, and with Hashem’s help, it can and will do what is needed to save its youth and bring them nearer to Torah and mitzvos. But this can only happen if a major realignment of priorities, methods and standards is seriously undertaken, including at the rabbinical and day school leadership levels.

If Modern Orthodoxy is to remain viable and thrive in the future it needs to return to its roots and demand that despite its constituents being encouraged to engage the broader world educationally and professionally and to maintain a large degree of integration with society at large, its day school system must be traditional in terms of how Torah is taught and the necessity of infusing inspiration and reverence, in a palpable atmosphere of kedusha, throughout all Torah education.