NItzavim – The Holy Land Has a Name 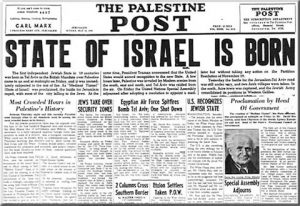 “Hashem… will return and gather you in from all the peoples to which [He] has scattered you… and He will bring you to the land that your forefathers possessed and you shall possess it…” (Devarim 30: 3-5).

Eretz Yisrael isn’t its name. It is our description of the fact that it was bequeathed to Klal Yisrael.

But it did have a name: Cna’an. We don’t call it that anymore, but that was its name, and presumably has some meaning. And its meaning must be meaningful.

In his sefer Nachalas Tzvi, Rabbi Meshulam Fayish Tzvi Gross (who had a weekly chavrusa in Kabbalah with Rav Yosef Yitzchok Schneersohn and whose sefarim had haskamos from some of the greatest Gedolim of his time; and who, as Herman Gross, patented several inventions) ventures an answer.

He sees the name rooted in the Hebrew noun hachna’ah, “deference” or “submission.” While other lands, he explains, are overseen by malachim – divine middlemen, not Hashem Himself – Eretz Yisrael is different; hence the palace of the King demands a special degree of hachna’ah.

He cites the fact that the phrase “me’od me’od” is used both to refer to the goodness of the land (Bamidbar 14:7) and to the degree to which we are to feel shfal ruach, lowly (Ravi Levitas in Pirkei Avos, 4:4).

What occurs to me as well is the idea that, when in possession of Eretz Yisrael, we Jews are to be constantly cognizant that it is a yerushah, a bequeathal, to us from Hashem. And that, even when we rightly tell the world that the land is divinely meant for us, we must ourselves always fully and humbly remember that it isn’t our political or military power that maintains our possession of the Holy Land, but Hashem’s kindness in having allowed us to return to it.

My most recent Ami column, “Waiter Turned Hater,” can be read here.

And a response to the recent NYT hit piece on Chassidic yeshivos and communities is here.