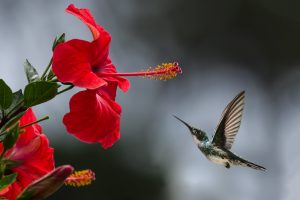 Carl Sagan once observed that “If you wish to make apple pie from scratch, you must first invent the universe.”

There was a long period of history when the idea that the universe had a beginning was shunned by philosophers and scientists, when apple pie didn’t require any universe-inventing.

The upshot of (and perhaps impetus for) believing in such a “steady state” universe was that, without a creation, there was no need for a Creator.

Current scientific belief, based on observational evidence from the 1960s, is that there was indeed a beginning, confirming the truth of the Torah’s very first sentence.

Those bent on keeping a Creator out of the picture resort to fantastical ideas like an “expansion-contraction” model or a “multiple universe” one. They “fear Hashem” – the idea of Hashem.

But objective human beings naturally understand that Hashem exists. Just looking around us, at the miracle called nature, is sufficient proof.

The mitzvah of loving Hashem is repeated in our parshah (Devarim 10:12). And the Rambam (Hilchos Yesodei HaTorah 2:2) explains that it is fulfilled when one meditates on what Hashem has created, on our surroundings and their wonders.

But in Sefer HaMitzvos (Asei 3), he describes love of Hashem as resulting from meditating on His mitzvos. So, is “the way toward love of Hashem” to contemplate His universe, or His commandments?

Rav Mordechai Gifter, zt”l, explained that one statement might be describing the lens; the other, the view. As Rav Mordechai Pogramansky, zt”l, put it in a parable: A visitor to a museum is shown beautiful works of art but is entirely unimpressed. Until someone wipes the thick dust off the fellow’s eyeglasses. Then he’s in awe of the art.

Before one can perceive Hakadosh Baruch Hu’s grandeur in the astounding magnificence of His creation, one must first approach Creation as something other than an accident, as something containing meaning. And the way to attain that foundational, vital recognition is to understand the concept of… mitzvos. That is the lens.

Once we recognize that we have a mandate, it is obvious that there must be a Mandator.

And then, peering through that clear lens at our Mandator-created world, we can perceive its astounding wonders. And thereby come to love the One who created it.

My most recent Ami column, “Her Father’s Daughter”, can be read here.

And a piece about Kotel violence that appeared in Forward just before Tisha B’Av is here.