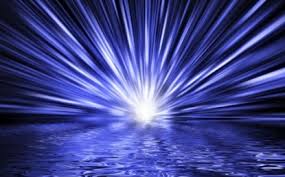 The building of the Mishkan, according to a beraisa in Middos and the Sefer Habahir, mirrors the creation of the world. Both accounts in the Torah, in fact, evidence parallel wordings.

Much noted by meforshim is the change of object in the pasuk “And let them make for Me a Mikdash and I will dwell among them (Shemos 25:8).

The implication is clear: Building the Mishkan, called here Mikdash, is to result in Hashem’s “dwelling” within His people. We are to be mekadshei shem Shamayim in the world.

The idea of a structure somehow “housing” Hashem is something that even Moshe himself, the Pesikta tells us, found flabbergasting. It is simply beyond our ability to imagine.

But it leads, nonetheless, to an interesting thought.

I claim no grasp of the “hidden things” understood by those initiated into the realm of kabbalah. But a mystical concept that is well-known, if also not truly comprehensible to us uninitiated, is tzimtzum, or “contraction” – Hashem’s intentional “withdrawal” at creation that allowed space, energy and matter – the physical universe – to come into being.

The ultimate upshot of tzimtzum, however, involves the reason for the universe: man. Namely, Hashem’s granting humans free will, His “withdrawal” that allows us to act independently, to make – and be responsible for – our own decisions, good or bad.

So, at the universe’s creation, Hashem “withdrew” His omnipresence to allow for space, energy and matter; and He, likewise, contracted His omnipotence, allowing for human free will.

And so, in our parshah, a parallel: “Make for Me a Mikdash” implies Hashem’s somehow “confining” His presence to an edifice; and the rest of the pasuk, and “I will dwell among them,” implies the specialness of the people, our responsibility to use our free will, born of His “withdrawal” from determining our actions, His granting us the ability to make choices, to meaningfully choose to be mekadshei shem Shamayim.

Tzimtzum at the Mishkan and at the creation of the universe that the edifice parallels allowed, and continues to allow, for the existence of space, matter… and meaningfulness.