Tetzaveh — Flour and Oil in the Afternoon 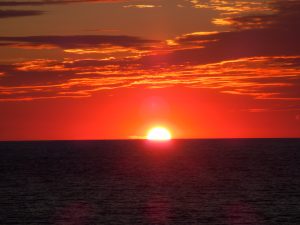 One of the two places in the Torah that mandate the offering of an olas tamid twice a day, once in the morning and once in the afternoon, is in our parsha (Shemos 29:39).

Rabi Yehoshua ben Levi (Berachos 26b) maintains that our daily tefillos of Shacharis and Mincha correspond to the offering of those two sacrifices (with Maariv corresponding to the overnight burning of the olos’ meat).

We are so accustomed to the names of our daily tefillos that an obvious question may not, but should, occur: Why is the afternoon prayer called “Mincha”?

A mincha offering, consisting of flour and oil, accompanies both the morning and afternoon daily olos. So why would the word for that offering be tapped as the name, specifically, of the afternoon prayer?  Following the pattern of the other daily tefillos, whose names reference their times of day, one would expect it to be called acharei tzaharayim, or, following the Torah’s words, bein ha’arbayim.

In Melachim I, 18:29, in the account of the false prophets of Baal, the word mincha is indeed used to refer to the afternoon tamid: “And they pretended to prophesy until the time of the sacrifice of the mincha.” That certainly reflects our usage of Mincha as the tefilla corresponding to the tamid shel bein ha’arbayim. But it begs the question of why. Why should the afternoon korban olah – and, thus, its corresponding tefilla – be defined by its accompanying flour/oil offering?

An assortment of answers are offered, but each is problematic. One approach, though, might be suggested by the other opinion in Berachos 26b, that of Rabi Yosi, who maintains that our three daily tefillos were initiated by the avos, as a word signifying prayer is used in the Torah regarding each of them.

In that approach, Mincha corresponds to Yitzchak.  While all of the avos had flocks of sheep, only Yitzchak is described as having engaged in agriculture: “And Yitzchak sowed in that land, and he found in that year a hundredfold, and Hashem blessed him” (Beraishis 26:12).

So perhaps that informs the choice of the word for the “land-grown” sacrifice brought with the tamid, the mincha, for the tefilla he initiated.

To read my most recent Ami column, “A Pandemic of Pilferage,” please click here.