Parshas Vayeira – The Will IS the Way 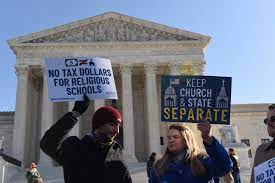 Inordinate attention is afforded the menu that Avraham Avinu offered the angels disguised as nomads whom he welcomed to his home: Water, fine-flour bread, cream and milk; and, according to the Gemara, the tongues of three calves, served with mustard (Bava Metzia, 86b).

And yet, it was all a futile feast, as angels don’t eat, and the visitors only pretended to do so (teaching us the Talmudic equivalent of “When in Rome…” [ibid]).

Rav Shlomo Yosef Zevin points out that a similarly ineffectual effort ends the parsha too: The Akeidah, where Yitzchak is bound in preparation for his sacrifice at the hand of his father — something that not only didn’t take place but was never even considered by Hashem (Taanis 4a).

The bookend narratives, says Rav Zevin, teach us that it is the will that matters most. To be sure, actions are indispensable. But the intention motivating our behavior is what gives it its greatest value.

And, what’s more, as Rav Yitzchak Hutner notes, when the goal we imagine is not reached, the value of the will is undiminished. For we invoke and rely upon the merit of the Akeidah to this day, despite the fact that its intent, blessedly, never came to fruition.

My most recent Ami Magazine column,  “Secular Crusade,”  can be read here.