Parshas Chayei Sara – What to Tell the Shadchan 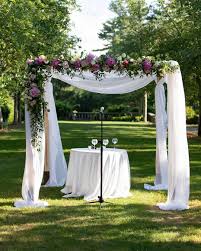 When parents of young people seek proper husbands or wives for their sons or daughters (or when the young people do the seeking themselves), one or more of a number of factors are usually considered. For some people, the “quality” of the family of the prospective mate is paramount. For others, his or her yichus, or ancestry, plays a major role.

Others, still, look for someone of financial means, if only to ensure that the potential couple won’t be overly pressured by legitimate economic needs.

At the beginning of Klal Yisrael’s development, we find Eliezer, the servant of Avraham Avinu, tasked with finding a proper life partner for Yitzchak. Eliezer was a wise and accomplished man, someone who was not only wholly dedicated to Avraham but who (as per a drasha based on the adjective “damesek” used before Eliezer’s name [Braishis 15:2]) “would draw up and teach” (“doleh umashkeh”) all that he had learned from Avraham to others (Yoma, 28b). He is described by Chazal as “an elder who sat [and studied] in yeshiva” (ibid).

In fact, were it not for the fact that, at the start of Klal Yisrael, a Cna’anis would be unfit to be one of the Imahos, Eliezer’s own daughter would have fit the bill.

So, at least at that point in history, at least general yichus mattered. As did family, since Avraham asked Eliezer to look for Yitzchak’s shidduch among his kinfolk.

But we don’t find Avraham offering his servant any further guidance about how to find the right person. Avraham, it seems, knowing Eliezer’s high level of wisdom and character, relied entirely on his faithful servant’s judgment.

And what Eliezer clearly sought out in a mate for Yitzchak, as per his prayer that he be guided to a young woman who will gladly give him and his camels water (Beraishis 24:14), was a person exemplifying chesed — kindness.

Beyond all other priorities, whether worthy or less so, what most matters when it comes to shidduchim, is the character of the potential life partner.

All else, even if it may seem important, is secondary.

My most recent Ami Magazine column, “The Bull by the Horn,”  can be read here.