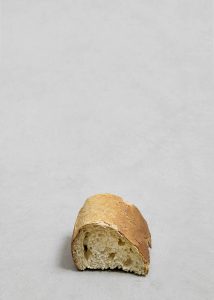 Well, does He or doesn’t He?

Hashem, that is. Does he show special favor to some or not?

That question is placed by Rabbi Ami or Rabbi Asi (Berachos 20b) in the mouths of angels, who asked the Creator about the description of Him (Devarim 10:17) in this week’s parsha: “Who favors no one and takes no bribe.”

But yet, the angels said, “You, nevertheless, show favor to Yisrael, as it is written: ‘Hashem will show favor to you and give you peace’” (Bamidbar 6:26).

Hashem’s reply: “How can I not show favor to Yisrael? I wrote for them in the Torah: ‘And you shall eat and be satisfied, and bless Hashem your G-d’ (Devarim 8:10) [meaning that only if one is satiated is there an obligation to recite birchas hamazon, the blessing after a meal], yet they recite it even if they have eaten a mere olive’s or egg’s volume!”

What a strange reply. Firstly, reciting a bracha when it isn’t required isn’t permitted – so by what right did the rabbis of the Talmud allow it for a sparse meal? And secondly, the response doesn’t answer the question! Isn’t Hashem still showing favoritism?

Unless… reciting birchas hamazon even on a small amount doesn’t represent any changing of the requirement itself for saying the bracha but is rather a new sort of fulfilment of that requirement – in other words, an embrace of being “satisfied” with less.

If we are “satisfied” with any small degree of Hashem’s blessing – if we recognize what a divine kindness even a minimal amount of sustenance is, and feel sincere gratitude for it – then our own declining to demand a more literal satisfaction, full stomachs, may be what allows Hashem to be “satisfied,” so to speak, with less from us.

In which case, His “showing favor” to Yisrael is not really that at all but rather something of a midda kineged midda, a quid pro quo – an act of perfect justice.

My most recent Ami column, about the Anglican Church’s planned apology to Jews, can be read here.

And a piece I wrote for NBC-THINK about Lookism and the Talmud, is here.