Parshas Shelach – Of Walls and Weakness 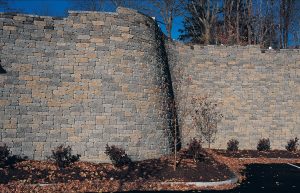 “Any lie in which a little truth is not stated at the start cannot be maintained in the end.” That is Rashi’s comment, based on Sotah, 35a, about the report of the spies who returned from reconnoitering Kenaan. They told Moshe Rabbeinu that “we came to the land to which you sent us, and indeed it is flowing with milk and honey” (Bamidbar, 13:27).

But not only was the report of the land’s bounty true, so was, at least on the surface, everything else the meraglim reported. Yes, they described the fearsome inhabitants of the land, the “men of stature,” and the burials of many of the land’s inhabitants. That negativity constituted dibah, evil speech, as the Torah itself says – as Chazal put it, lashon hara. But where was the untruth, the lie?

And yet, notes Rav Charlop, the spies reported that “the people who inhabit the land are mighty, and the cities are very greatly fortified” (3:28). A self-contradiction, since if the inhabitants were indeed mighty, as per Moshe’s sign, they would not have needed to fortify their cities. And if their cities were fortified, that meant the people were feeble. There, the Mei Marom suggests, lies the lie. One or the other contention must be false.

Because, the bottom line is that building high walls is a sign not of strength but of weakness.