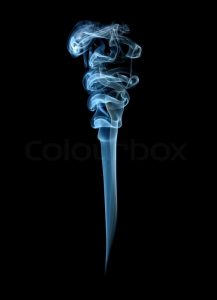 After the Torah prescribes the details of the various vessels attendant to the mishkan (tabernacle), of the construction of the mishkan itself, of the mizbeach (altar), of the daily lighting of the menorah, of the bigdei kehuna (kohein vestments), of the procedure of the miluim (inaugural sacrifices) and of the tamid (the two daily sacrifices), it circles back at the very end of our parshah to something that would seem to have belonged at the beginning of the mishkan-description: the mizbeach haketores — the golden incense-altar in the kodesh, the “Holies” part of the mishkan.

It is clearly a singular  entity. Not only in its placement, directly facing the Holy of Holies (in fact, the final pasuk of the parshah calls the incense altar itself a kodesh kodashim, [“holy of holies”]), but in the fact that its main purpose is for a pure aroma-offering.

While animal and flour offerings are described as producing a rei’ach nicho’ach, an “aroma of contentment,” only on the golden altar is the offering itself one of pure fragrance, the ketores.

The sense of smell is special too. It is ethereal, ill-understood by science (theories of how brains can distinguish among many thousands of odors have come and gone, with no final clarity to date) and evocative of strong emotions. Think, on the one hand, of baking bread or lilacs blooming; and, on the other, of sewage or skunks. And evocative, too, of memories — Proust’s tea and madeleine comprise literature’s most famous example of olfactory-related sensory experience, but we’ve all had similar experiences.

There’s a seeming paradox to smell. It is exquisitely sensitive, even in humans. And yet, it requires proximity to the odor-generator. One can see stars at a distance of thousands of light years, and hear a rumble of thunder from lightning that has struck miles away. But one cannot smell something unless it is relatively close.

But in truth there is no paradox there. Because our eyes and ears are perceiving only generated waves of light or sound; our noses are ingesting actual pieces of what we smell — microscopic ones, to be sure, but actual pieces all the same.

Odors, moreover, take a direct route to the limbic system, the deepest part of the brain.

Smell thus entails the penetration of the odor-source into the organ that makes us… us. As such, the ketores might symbolize relationship of the closest sort. The word “korban,” so often translated as “sacrifice,” in reality means “closeness-causing.”

And so, the ketores may be the ultimate korban.  In fact, the word ketores itself, whose simple meaning is “burning” or “smoking,” in Aramaic can mean “bond.”

And on the holiest day of the Jewish year, Yom Kippur, the holiest man of the people, the Kohein Gadol, brings an offering in the holiest place on earth, the Kodesh HaKodashim.

That korban, the only one ever offered there, is ketores.