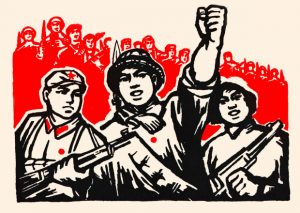 Describing our ancestors’ worshipping of the egel hazahav, the golden calf, the Torah relates that “Early next day, the people offered up olos [burnt offerings] and shelamim [peace sacrifices], they sat down to eat and drink, and then arose litzachek [to enjoy themselves]” (Shemos 32:6).

The legendary Novardhoker Maggid, Rav Yaakov Galinsky, zt”l, would comment in the name of an “early master” that the order of the happenings in that pasuk is significant, and has broad historical pertinence.

The egel hazahav, he explained, was the first veering of the Jewish people away from Hashem, the first Jewish pursuit of a foreign-to-Torah ideal, one that bordered on idolatry. But it is an unfortunate prototype for other such ideal-idolatries in subsequent times.

Many a social movement has been birthed or eagerly embraced by Jews. And each began with with a lofty ideal, a figurative olah, a sacrifice entirely consumed on the altar, signifying selfless devotion.

With the passage of time, though, the heady days of every “ism”’s youth give way to a more jaded, or at least “realistic,” approach, signified by shelamim, a sacrifice where the supplicant is able to enjoy some of the meat. The high ideal, of course, is still heralded as paramount, the flag of altruism still flies, but there is an expectation of some “return on the investment” in the cause.

And then come the final stages, when the loftiness of the movement’s revolutionary goal deteriorates into “eating and drinking” — where self-interest and a “what’s in it for me?” mentality reigns — and, ultimately, a litzachek frame of mind, when materialism and lust become the society’s entire foci.

The golden calf was the first worshipped ism, but it was far from the last.