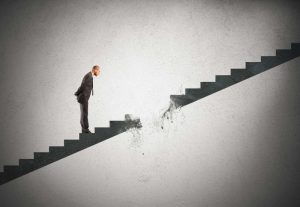 The Hebrew word for “mourning” is introduced in Vayeishev to describe Yaakov’s response to the apparent death of his son Yosef: “Vayis’abel (Beraishis 37:34).

It’s interesting to note that the parsha includes not only the interruption of Yaakov’s life by Yosef’s disappearance – his aveilus – but a striking interruption of the narrative flow of the parsha itself, in the form of  the account of Yehudah and Tamar.

And that narrative also presents yet another interruption, this one, of Yehudah’s life. He is suddenly, unexpectedly, forced to confront the reality of his role in Tamar’s pregnancy.  Yes, Tamar tells him when he seeks to punish her, you seem innocent and I seem guilty.  However, she continues, please recognize these personal items… (38:25). That, for Yehudah, is an aval moment too.