Thinking Out of the Box 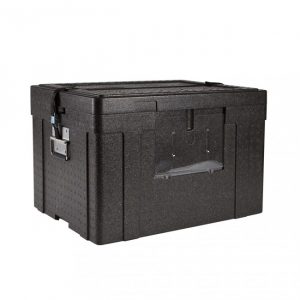 Yaakov famously sequestered Dinah his daughter in a box as he prepared to meet Esav his brother.

That, according to the Midrash Rabbah brought by Rashi (Beraishis 32:23). His reason for hiding Dinah, the Midrash notes, was because he feared that Esav would, upon seeing her, wish to marry her. And he didn’t want to take that chance.

But there’s a phrase in the Midrash, though, that is easily overlooked. Not only did he put his daughter in a box, he “locked her in.”

What that seems to indicate is that Yaakov knew that, as Chazal explain at the very beginning of the saga of Dinah’s abduction and rape by Shechem, she was a yatzanis, an “outgoing personality.” She was a naturally curious person. And so, prudently, her father locked her in, since he feared she might emerge during his meeting with Esav to witness the goings-on.

And, according to the Midrash, Yaakov is faulted for that, since, had Dinah in fact been seen by Esav and ended up marrying him, she might have been able to turn his life around and alter the enmity he held in his heart for Yaakov.

But wasn’t Yaakov right to lock his daughter in a box?

Apparently not. The question is why.

What occurs is that children have natural proclivities and tendencies.  There are times, to be sure, indeed many times, when a child has to receive “no” as an answer.

But squelching a child’s nature is not a good idea. It can easily backfire.  Ideal child rearing is channeling the child’s nature, not seeking to squelch it. (See Malbim on Chanoch lina’ar al pi darko (Mishlei 22:6).

My wife and I know a couple whose little boy seemed obsessed with airplanes, beyond the normal interest in such things of all little boys. The parents didn’t try to dissuade him from his desire, as he grew, to fly or work with planes, to force him, so to speak, into a box. They allowed him to express it, and the little boy is grown today, a yeshiva (and flight school) graduate who is a certified air traffic controller, and he’s raising a beautiful, Torah-centered family with his wife, our daughter.