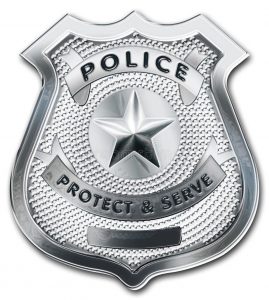 Like most everything these polarized-perspectives days, talking about the police seems to demand the taking of sides — either with ‘em or agin ‘em.

But, of course, that’s nonsense. One can, and should, fully acknowledge the importance of law enforcement, the debt of gratitude we owe officers who put their lives on the line and the fact that the majority of them are public servants in the very best sense of the phrase — while simultaneously acknowledging that a systemic problem, at least in some areas, seems to exist in policing today.

The list of police shootings and unnecessarily violent restraints of unarmed people needn’t be reviewed here. In many cases there may have been reason to fear an attack by a suspect, but in many there was not. And the infamous cases of misconduct we’ve witnessed with our eyes over recent years are the product of bystanders’ phone cameras. There were likely many similar unrecorded ones.

And so “police reform,” even for those of us who deeply respect police, should not be an offensive phrase. There are reasonable measures to be considered.

Currently, for instance, military veterans are given preference in police hiring. An assortment of state and federal laws — some dating back to the late 19th century — require law enforcement agencies to choose veterans over candidates with no military backgrounds. One in five police officers is, quite literally, a warrior, returned from Afghanistan, Iraq or some other assignment.

While the intent of front-listing veterans is a laudable one, the mindset of a soldier is not the one that will necessarily produce the best results in an officer of the peace. A reassessment of law enforcement recruiters’ favoring of ex-soldiers, people who are used to dealing with enemies, not citizens, may be in order.

Then there is training. In most countries, joining a police force is no simple affair. In Germany, for example, police recruits are required to spend two and a half to four years in basic training to become an officer. Basic training in the U.S. can take as little as 21 weeks and rarely runs longer than the six months required in New York City.

And the first emphasis in police training in the U.S., understandably, is on procedures and self-defense. Expanded training time would allow for more focus on things like crisis intervention and de-escalation.

An even greater potential reform would be transparency in negotiations between police unions and municipalities. More than 85% of union-bargained police contracts in major cities around the country include language limiting oversight or discipline of officers.

As a result, officers have been rehired even after being fired for fatal shootings. In 2011, an Oakland, California officer won his job back in union-negotiated arbitration after being fired for fatally shooting two unarmed men — one, in the back — in two different incidents mere months apart. In 2014, a similar union-demanded arbitration reinstated a Miami detective who killed an unarmed man in a shooting that a review board called “unjustified.”

And those are the known cases. Disciplinary records of officers are often kept secret. To its credit, New York City recently announced that its log of cases of officers who have been disciplined would be made public. That should be standard practice in all police departments.

Another good idea would be the hiring of more women officers. Just about 13% of officers nationally are women; in New York City, the figure is just shy of 15%. Women (apologies to anyone who imagines that women are no different from men) are less likely to use force or escalate a tense situation.

And, finally, a good amount of police reform would happen on its own if police were simply paid better than they currently are. Some states compensate their police fairly well and offer many benefits. But others don’t, and few occupations entail the degree of danger that policing does. Treating police as the true professionals we expect them to be would make a police career more enticing to more people, and increase the pool of those wanting “to protect and to serve,” who wish to demonstrate, in the words of the New York City Police Department motto, “Courtesy, Professionalism, Respect.”